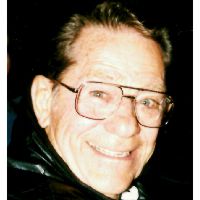 View Service Folder | Click for Video Tribute Lee Green, Jr., 89, formerly of Sheridan, passed away on Saturday, April 19, 2014 surrounded by his family from complications of pneumonia in Sun City, AZ.Lee was born in Galesburg, Illinois on May 29, 1924 to Lee and Ada Green. At the age of 2 the family moved to Sheridan, Wyoming where he was raised with his 3 brothers on Wyoming Avenue. On December 8, 1941, one day after Pearl Harbor, Lee along with his neighbor and life-long friend Don Brayton enlisted in the navy serving most of his time on the island of Guam.After his discharge he returned to Sheridan and began working for his father as a paint contractor. He later went to work for the Sheridan VA Hospital as a planner/contract estimator retiring in 1980.On August 17, 1947, Lee married Rose Arnieri and the couple had two children. Rose passed away in 1989. He then married Peggy Robinson and relocated to Arizona.Lee enjoyed traveling, golfing and spending time with his brothers. He was an avid reader and sports fan. He knew every coach, player and golfer and had his own descriptive opinion of each. Three days before he died he said, “You know I have had a damn good run.” He lived life to the fullest and never complained.Lee is survived by his wife, Peggy; children Pat (Ronnie)-Gillette, WY and Bob-Sheridan, WY; three brothers Eldon (Helen)-Sun City, AZ; Richard (Bernie)-Sun City, AZ; Chuck (Joan)-Branson, Missouri; Three grandchildren Misti, Robbie, and Reesa all of Phoenix and three great grandchildren. He was preceded in death by his parents and grandson Randy.A Celebration of Life will be held at 10:00 a.m. on Friday, May 9, 2014 at Kane Funeral Home with Reverend Kevin Jones officiating. Inurnment with Full Military Honors will be in the Elks Memorial Cemetery. A Reception will follow at the Trails End Motel.Memorials to honor Lee may be made to the Sheridan Dog and Cat Shelter, 84 East Ridge Rd., Sheridan, WY 82801.