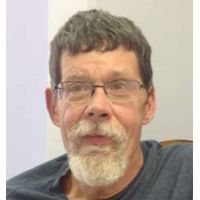 Click Here For DirectionsLee Stroia, 60, of Sheridan, passed away on Friday, December 27, 2013 at the Sheridan Memorial Hospital. He was born on November 4, 1953 in Ann Arbor, MI to parents Livius and Maureen (Gartman) Stroia.Lee enjoyed basketball, watching football, listening to the Beatles, EWTN Catholic Mass, listening to the scanner, Special Olympics, bowling, track and riding in the CHAPS program. His happiest years have been at Eagle Ridge where he will be remembered by his smile and hugs for everyone. He was a prime example of unconditional love. He was a member of the Holy Name Catholic Church.Lee was preceded in death by his grandparents, father, and two brothers. He is survived by his mother, Maureen Stroia of Sheridan, WY, his siblings; Kimberlee (David) Stroia of Petoskey, MI, Mary (Ray) Munson of Sheridan, WY, Bradlee (Nancy) Stroia of Columbus, IN, Kellee Stroia of Traverse City, MI, Chelee Stroia Spence of Indianapolis, IN, and Cathy (Rob) Longstreet of Hastings, MI.A Rosary will be held at 9:30 pm on Friday, January 3, 2014 at the Holy Name Church. A Funeral Mass will be held at 10:00 am on Friday, January 3, 2014 at the Holy Name Church with Father Louis Shea officiating.Memorials to honor Lee may be made to Eagle Ridge Rehabilitative Services at 54 Seymour, Sheridan, WY 82801.Kane Funeral Home has been entrusted with arrangements.