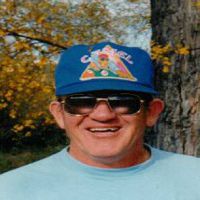 Leemon Harley Streeter Jr., 78, of Sheridan, Wyoming, passed away Aug. 13th with his family by his side after an illness of several months. Lee was born on July 2nd 1938, in Brewster, Nebraska to Leemon Harley and Mary Sara Jane Streeter.He married Carol Streeter in 1962. They had three beautiful daughters Dee, Sheryl, and Michelle. That marriage ended and he met his new neighbor Cathy Henson- Ragan in 1991. They became best friends and soul mates and were married in 1994. He became father to her two lovely teenage daughters Stacey and Jennifer Ragan. And Cathy became Mom number 2 to his daughters.Lee was a hard worker his whole life. He worked as an auto mechanic for most of his life. He worked as a service manager at Rileys and then at Poll Motors for several years. He shared his automotive knowledge with many people through the years. His last job was a contract postal worker taking mail to Billings from Sheridan. His wife Cathy helped him with the route for years until she became ill and couldn’t do it anymore. He enjoyed camping in the mountains with his family and friends. He loved motorcycles and had many through the years. He was proud of his accomplishment of being sober for 26 years. He enjoyed his meetings and his many AA friends. He went to jail meetings when he could. He got much happiness from helping people.Leemon is preceded in death by his parents Leemon and Mary Sara Jane Streeter, his brothers Richard and Wayne Streeter, his grandson Brian Taylor, and his son in law Brad Taylor. He is survived by his wife Cathy, two brothers, Robert and James Streeter, his daughters Dee Taylor of Sheridan, Sheryl Shaheen of Arizona, and Michelle Newton of Sheridan; daughters Stacey Ragan of Sheridan and Jennifer Ragan of Cheyenne. Grandchildren Brittany, Chantelle Gripon, Sean Newton, Shaylee Newton, Chadron Newton, Blake Hardtke, and Stephen Irwin and 7 great grandchildren. Brothers in law Kenneth Henson (Darlene), Denny Henson, and father in law, Clifford Henson. Uncles Elden Mooney and Jessie J. Rigney; Cousins Wilma Anderson and her children Gary Anderson Jr., Tommy Anderson, Jean Sees, Myron Anderson, Lisa Bladshaw and their families; Cousin Almeda Pierce and her children Joseph, Albert, Jimmie Pierce and Bernadine Welter, Allan Pierce, Ivan Pierce, Melisa Petzold and their families; Cousins Leonard Dannels, Vicki and Ted Nicholas, Becky and Joe Cichonski and families. Phyllis Apaez, Pat, Eldina and Scotty Ring and families. At the decedent’s request there will be no funeral. Remembrances in Leemon’s name can be made to the Sheridan Dog and Cat Shelter, 84 East Ridge Rd., Sheridan, WY, 82801.Kane Funeral Home has been entrusted with arrangements.