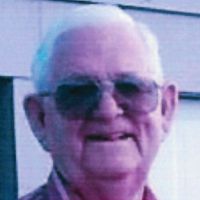 Lenval E. (Pete) Oliver, 77, of Sheridan, passed away on Sunday, June 30, 2013 at his residence.Pete was born on February 22, 1936 in Ft. Laramie, WY to parents Fred William and Rubylee Ersaline (Lyle) Oliver.Pete called himself a professional tinker man. He was a handyman who liked building things and working around the house. He enjoyed stock car races. Pete worked for Walmart for fifteen years and bridge construction and mining. He was affiliated with the local congregation of Jehovah\'s Witnesses.Pete married Thelma Atkinson and they were later divorced. He then married Barbara L. Jarrett. They have been married for forty three years.Pete was preceded in death by his parents, son, grandson, two sisters and one brother. He is survived by his wife Barbara, children; Marion (Gary) Wood of Gillette, WY, Billie Taylor of Casper, WY, Lenval (Chris) Oliver Jr., of Cheyenne, WY and Deborah J. Schoff of Lehi, UT, eight grandchildren and twenty three great grandchildren. Along with numerous nieces, nephews and cousins.At his request cremation has taken place and there will be no services.He will be greatly missed by friends and family.Online condolences may be written at www.kanefuneral.com.Kane Funeral Home has been entrusted with arrangements.

Date:
Start Time:
At his request cremation has taken place and there will be no services.
Location:
Service VideoService Brochure