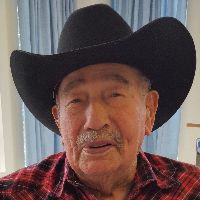 Leonard Ivan Jennings of Greybull, Wyoming, passed away Saturday, July 29, 2017, in Sheridan, Wyoming, at the age of 88.He was born April 4, 1929, in Greybull, Wyoming, the son of Lloyd Lewis and Anna Christina (Larsen) Jennings. He attended Greybull Schools and graduated from Greybull High School in 1947.Leonard played high school football but his passion was boxing. During his senior year at GHS, he won the distinction of being AAU Golden Glove Lightweight Champion.He was drafted into the Army on February 9, 1951, and was stationed at Fort Rucker in Ozark, Alabama. He went on to do his Tank Commander Training in Fort Knox, Kentucky.On June 6, 1951, he married Lois Marie Funk in Ozark, Alabama. Soon after, Leonard and Lois moved to Fort Richardson in Anchorage, Alaska, where Leonard served as an Army Tank Commander. Leonard was honorably discharged from the Army in June 1953. He and Lois returned to Greybull where they made their home and had four children. Leonard bartended and then managed the Smokehouse Bar for 26 years. He also owned and operated Jennings’ Rentals for over 50 years.He was a member of the BPOE #1431 for 67 years and was Exalted Ruler in 1961. He also was a member of the Lions Club and VFW.Leonard enjoyed hunting, fishing, boating, and skiing, and he sometimes relaxed by watching football and basketball. He also loved playing with his grandkids and great-grandkids.He was preceded in death by his parents, his three siblings, Evelyn, Hank and Ralph, and his wife of 35 years, Lois.In 2006 he was reunited with his high school sweetheart Norma Jean Clavier.He is survived by his children, Steven Lee (Jane) of Sheridan, Wyoming; Ronald Dean (Stephanie) of Billings, Montana; Sabrina (Robert) Temme of Rapid City, South Dakota; Leonard Burdett (Theresa) of Rozet, Wyoming; and his 11 grandchildren and 13 great-grandchildren.A Celebration of Life Memorial Service with full military honors will be held at 11:00 on Saturday, Aug. 12, 2017, at the Donald J. Ruhl Cemetery in Greybull, Wyoming, with a reception to follow at the Elks Club.Memorials in Leonard’s name can be made to Greybull Elks Club #1431 at 622 Greybull Ave., Greybull, WY 82426.