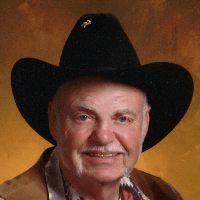 Click for Video Tribute LeRoy Peter Van Buggenum, 74, of Story, WY, passed away on Tuesday, January 3, 2017, at Green House Living in Sheridan, WY surrounded by his family. LeRoy had battled Creutzfeldt–Jakob Disease. He was born on March 17, 1942, in Casper, WY, to parents Peter and Dorothy Burnettie (Miller) Van Buggenum. He was raised on his family’s ranch near the Pumpkin Buttes, 40 miles south of Gillette, WY. LeRoy moved to Gillette with his mother and sister, Carlene, after his father’s death in 1955. LeRoy graduated from Gillette High School in 1960. Shortly after graduation, LeRoy returned to the family ranch to continue in his father’s footsteps of raising sheep. He started a reclamation business and eventually traded agriculture for the oil field. He met and married his first wife, Paula. They raised their two children, Lori and Levi, splitting time between Wyoming and Tucson, AZ for many years. In 1984, he moved to Story, WY, fulfilling his dream of living in the mountains. In the summer of 2016, LeRoy married Margie Le Roux. LeRoy’s lifelong love of hunting and the outdoors started at an early age with trips “up on the buttes” with his dad. He instigated and shared in many adventures as a young man, including mountain lion, bear and sheep hunts. In the mid-1970s, he achieved the coveted Grand Slam with successful hunts of the Dull, Rocky Mountain Bighorn, Stone and Desert Bighorn Sheep. Coyote and quail hunting in Arizona’s Sonoran Desert were pastimes that he enjoyed for many years. Hunting and fishing trips with his son, family members and close friends were highlights throughout his life. The Kenai Peninsula, off of Alaska’s coast, became one of his favorite places and over the last decade he enjoyed several trips there with his family. LeRoy thrived on storytelling and visiting with people. He looked forward to hosting his “Hunting Party,” an annual gathering of hunting friends that provided an opportunity to share stories and plan hunting adventures. He enjoyed introducing others to shooting and hunting and for years volunteered as a coach with Sheridan County 4-H Shooting Sports. LeRoy was an avid reader and enjoyed outdoor writing. He was a member of the Story Community Church. He was preceded in death by his parents, sister and numerous aunts and uncles. He is survived by his wife, Margie; daughter, Lori Van Buggenum of Tucson, AZ; son and daughter-in-law, Levi and SarahVan Buggenum of Ranchester, WY; grandchildren, Attica and Silas Van Buggenum; stepchildren, Bryan Wyllie of Las Vegas, NV, Brenda Busskohl of Newcastle, WY, Billy Clark of Ash Flat, AR, Thinus Le Roux, Hendrik Le Roux and Adriana Aucamp all of South Africa. Services will be held at 10:00 A.M. on Thursday, January 12, 2017, at the First Baptist Church with Pastor John Constantine officiating. A celebration of life will follow at the Historic Sheridan Inn. Interment will be in the Four Mile Cemetery, near the Van Buggenum Ranch, with a private family service. Memorials to honor LeRoy can be made to the Powder River Basin Resource Council, an organization that he proudly supported, at 934 North Main Street, Sheridan, WY 82801. Online condolences may be written at www.kanefuneral.com. Kane Funeral Home has been entrusted with arrangements.