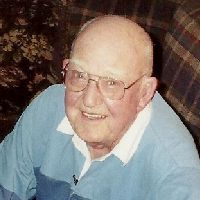 L.E. Feddersen (Les), 94 of Thermopolis, WY, passed away peacefully on Monday, June 5, 2017 at Green House Living in Sheridan, WY.Les was born November 12, 1922 in Basin, WY, to William and Ida Feddersen. After graduation he attended the University of Wyoming before he was drafted in December 1943. His service in the U.S. Army during the war had him stationed at Nenana, Seward and Attu, Alaska. His decorations awarded were: American Theater Service Medal, Asiatic Pacific Service Medal, Meritorius Unit Award, Good Conduct Medal and Victory Medal.When the war ended, Les returned in December ,1946 to finish his degree in Engineering at the University of Oklahoma. His lifetime career began in 1950 at the Wyoming Gas Company in Basin, WY.Les met the “love of his life”, Dorothy June Luhman, in 1951. Les and June were married in Billings, MT, on November 14, 1953, at the First Congregational Church. They lived in Basin until Les was reassigned and promoted as Manager of the Thermopolis office in 1962. They raised their family in Thermopolis and Les stayed with the Wyoming Gas Company until his retirement in 1989.Les was a member of the Masonic Lodge Temple # 20 (Basin, WY), the Elks Club and the Lions Club. After retirement, Les and June delivered countless Meals on Wheels for the Hot Springs Senior Center. Les enjoyed many adventures including flying single engine airplanes, boating on Yellowstone Lake, dirt moving with a Caterpillar Model 22 Tractor at the cabin near Yellowstone, puttering around in his workshop, garage and tin shed, motor homing, his 4-wheeler, CJ Jeeps and going out for dinner.He was preceded in death by his parents and wife. Survivors include daughters Jill (Glenn) Davis of Mesa, AZ and Tena (Jim) Taylor of Sheridan, WY; grandson Trever (Kelly) Davis and great-grandson’s Rylan and Landon Davis of Clarkdale, AZ.In 2014, Les moved into the Pioneer Home in Thermopolis, where he enjoyed familiar faces and made new friends until 2017, when the Green House Living became his new home. He will always be remembered as such a nice man and his kindness shown to others.Cremation has taken place. A private family internment for Les will be held by his family at a later date. Memorials may be made in his name to the American Cancer Society.Kane Funeral Home has been entrusted with arrangements.

Date:
Start Time:
Cremation has taken place. A private family internment for Les will be held by his family at a later date.
Location:
Tribute VideoService VideoService Brochure