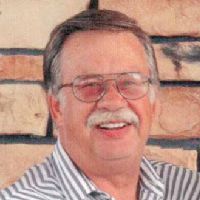 Lewis \"LeRoy\" Shell, 71, unexpectedly passed away Christmas Eve, 2016, surrounded by family at Sheridan Memorial Hospital. He was born on January 24, 1945, to Lewis and Thelma Shell in Sheridan, Wyoming. The oldest of three children, he grew up on ranches in the Sheridan area where his parents worked. He attended grade school at Big Horn, Woodland Park, and later at Beckton School, where he graduated 8th grade. He graduated from Sheridan High School in 1963, and then attended Sheridan College.He married Linda Blansett in 1965 and later divorced. They had two children, Stephanie and Steve. He married Karen (Oelschlager) Jones in 1985, and gained a step-daughter, Tracy Jones, that he loved as his own. LeRoy and Karen lived in Sheridan before moving to their \"homestead\" on Jim Creek Road. He passed away on their 31st wedding anniversary.LeRoy worked in the Sheridan area his entire career, starting as a ranch hand at Beckton Stock Farm, then to repair technician at Tucker\'s Office Supply, followed by working for Frito-Lay Distributors and John Tracy Accounting. Much of his career he worked as Parts Manager for Prill Brothers and later for Powder River Plumbing and Heating. He also worked as a highway flagger. At the end of his career he drove bus for Sheridan School District 2, and after retirement drove part time for the Senior Center Mini Van and was currently driving for Little Goose Transport.In high school, he started playing bass guitar in local dance bands along with his brother. He continued for several years after graduation, even doing a mini tour to the Southwest.. He was an active member of the Sheridan Jaycees early in his career, holding several local and state offices. He was a member of Holy Name Catholic Church.LeRoy enjoyed working with his hands. He renovated several homes, did wood-working - making hardwood furniture for family, gardened, and fished. He greatly enjoyed women\'s softball and refereed for several years. Most of all, he loved being with his grandchildren and great-grandchildren.He was preceded in death by his parents and great-grandson, Liam Orum. He is survived by his wife Karen; brother, Jim (Linda) Shell of Buffalo; sister Ardath (John) Lunbeck of Story; daughters Stephanie (Jon) Smith of Sheridan and Tracy (Dave) Marcotte of Cheyenne; son Steve (Jodi) of Northwood, Iowa; 12 grandchildren: Cameron (Ashley) Orum; Shay (Bieghle) Volmer; Trent, Max, Gabby, Natalie, Piper, Geoffrey, and Martha Shell; James, Libby, and Grace Smith, and 2 great-grandchildren Desree and Tait.At his request, there will be no services. A family memorial is planned for summer.Memorials to honor LeRoy may be made to Holy Name Church.Kane Funeral Home has been entrusted with arrangements.