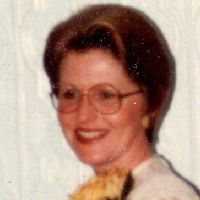 Linda L. Kroeger Thompson, 70, passed away on July 17, 2018, at her niece\'s home in Sheridan, WY.Linda was born on July 25, 1947, in Grand Island, Nebraska to Alvin and Florence (Oliver) Kroeger of Dannebrog, NE. She was the most beautiful baby and her grandpa Oliver called her his little strawberry blonde. She grew up on the family farm southeast of Dannebrog, went to grade school at District 16 and graduated from Dannebrog High School. She lived in Nebraska, Texas and Colorado and was recently moved to Sheridan, WY, to be with family during her final days as her battle with cancer came to a peaceful end.Cremation has taken place and remains will be returned to her beloved Rocky Mountains. Preceding her in death are her parents, her sister Beverly and brother-in-law Richard Gowlovech of Grand Island and Republican City, NE, and brother-in-law Lyle Gee of Palmer, NE. Left to mourn her passing are 2 nieces and 8 nephews and their children and her eldest sister, Darlene Gee of Palmer, NE; many friends from Florence, CO, as well as many close colleagues from the Bruce McCandless Veterans Community Living Center in Florence, Colorado. Linda was a great animal lover and rescued and placed many dogs and cats through various rescue groups. She showed her Shelties and Bull Mastiffs in numerous shows and has won many awards and trophies. Her last show dog was Radar who has been returned to his breeder. He has won numerous championships throughout the United States and Canada. A memorial will be held on August 11th, 2018 at 10:00 a.m. at the Bruce McCandless Veterans Community Living Center in Florence, CO. Memorials are kindly suggested to the Bruce McCandless Veterans Community Living Center, or the American Bullmastiff Rescue Service. They can be sent to: Cindy Davis, PO Box 78, Alma, NE 68920.Kane Funeral Home has been entrusted with arrangements.