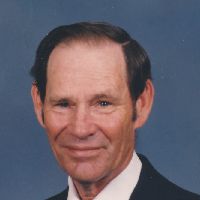 Lloyd Dean Harrington,  83, was called home by the Lord on November 24, 2016 to join his beloved wife of 53 years, Monica.  Lloyd was born on July 30, 1933 to Leo and Mabel (Walker) Harrington,  the third of 4 sons.  He grew up in Sheridan and graduated from Sheridan High School in 1952.  That same year, he joined the Air Force and was stationed several places during his career.  While visiting a friend of his he met his future wife, the little sister of his friends wife.  It was love at first sight and on October 26, 1955 he married the love of his life,  Monica Ann Ruhkamp.  Together they raised 5 children.  During his career in the Air Force he was stationed at Schilling AFB in Salina, Kansas, Casper, Wyoming (as a recruiter), Ellsworth AFB in Rapid City, SD, Howard AFB in the Panama Canal Zone, Norton AFB  in San Bernardino,  Ca and, his favorite tour of duty,  Ramey AFB in Aguadilla,  Puerto Rico where he enjoyed taking his family to beaches and diving trips with his son, Doug.  In October 1972 he retired from the Air Force and moved his family back to his home town, Sheridan.  He worked at Mydland Dairy for a year before he started working at Safeway where he stayed for 10 years.  During that time he flipped houses with the help of his wife and younger children.  He then drove for Pixley Transportation for 8 years before retiring to travel with his wife and tend to the place they called home.  Among his favorite times were the many trips to Deadwood,  SD with his wife and, in later years with his daughters.  He was a talented woodworker and enjoyed making things for his family and friends like child beds for his grandkids and benches which bear his signature cowboy hat stamp.  He was a devout member of Holy Name Catholic Church. He was preceded in death by his wife Monica (9/19/2008), his son Doug (4/13/2000) and his parents Leo and Mabel.  He is survived by his children Linda (Alvin) Mitchell, Kelly (Russell) Thompson, Dean (Kitty) Harrington, all of Sheridan, Mary (Christopher) Hagaman of Fremont, Nebraska, his grandchildren Heidi Mitchell,  Angela Thompson,  Joshua Harrington,  Tina Lowe, Jarrod Harrington,  David Thompson,  Brittani Harrington,  Kristofer Harrington, Loren Harrington, Cody Risdahl, Courtney Ross, 6 great grandchildren and 1 great great grandchild.  He is also survived by his brothers Darrell Harrington of San Antonio,  TX, Neil (Carlotta) Harrington of Casper, WY and David (Thersea) Harrington of Sheridan and numerous nieces, nephews and cousins.A Rosary will be at 7:00 p.m. on Tuesday, November 29, 2016 with Father Glenn Whewell at Kane Funeral Home.  A Memorial Mass will be at 10:00 a.m. on Wednesday, November 30, 2016 at Holy Name Catholic Church with Father Glenn Whewell officiating, a reception will follow in the Parish Hall. Memorials to honor Lloyd may benefit Holy Name Church, 260 E. Loucks, Sheridan, WY 82801 or the charity of your choice.Kane Funeral Home has been entrusted with arrangements.