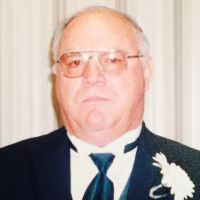 View Service Folder | Click for Video Tribute A Celebration of Life for Lyle Edwin Sessions will begin with a Visitation on Thursday, May 14, 2015, from 6:00 – 8:00 p.m. at the Bustard’s Funeral Home. A Viewing will be held on Friday, May 15, 2015, from 10:00 until 11:00 a.m. prior to the Service at the Church of Jesus Christ of Latter-Day Saints Chapel at 2627 E. 7th St., Casper. Interment will be held at 11:00 a.m. on Saturday, May 16, 2015, at the Byron Cemetery, Byron, WY.He passed away from this life, surrounded by loved ones, on May 11, 2015, at the Wyoming Medical Center in Casper, Wyoming, at the age of 75 years.He was born September 1st, 1939, to loving parents, Merlin and Evelyn (Beck) Sessions in Lovell, WY. He was second of seven children.Lyle married his high school sweetheart, Donna Mae Negro on October 25, 1957 in Lovell, WY. Out of this union, four sons and one daughter were brought into this world.Shortly, after their marriage they moved to Moorcroft where he went to work in the uranium mines at Carlisle, WY. He loved to work and devoted to his remaining career working in the oil industry for Belle Fourche Pipeline, through the 49 years of service he advanced within the company starting as a field gauger at Rocky Point and finishing as Pipeline Superintendent based out of Casper. After his retirement, he continued as a consultant to Belle Fourche until his passing.Lyle’s greatest love was to his family and close friends. He loved spending time with them hunting, fishing, and camping. He was the foundation of his family. Everyone will remember his unique sense of humor, great wisdom, kind and loving heart, generous actions, and homemade jerky. He loved tinkering in the garage, rebuilding engines and creating knives.Lyle is survived by his wife, Donna; four sons James (Yvette), Charles (Connie), Mike, Mark and daughter Lynn Jackson (Christopher); brothers, Larry and Terry Sessions and sisters; Linda Locke and Carol Bethea; 17 grandchildren and 13 great-grandchildren.He was preceded in death by his parents, Merlin and Evelyn Sessions; a brother Dennis and sister Janice Savage; and grandson Lyle Sessions.Kane Funeral Home has been entrusted with arrangements.