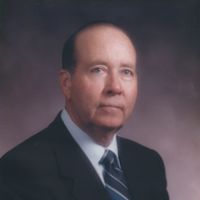 Malcolm Burns Hutton, 86, of Sheridan, passed away on Sunday, December 14, 2014, at his residence.Malcolm was born in Sheridan, Wyoming on November 17, 1928, the son of Ruth Burns Hutton and Robert Bruce Hutton. The family moved to Arizona in 1932, and later to Los Angeles, CA. He lived in Burbank where he attended grade school and North Hollywood where he attended two years of high school.In 1935, his mother acquired a permit for him to work in the movies. Over the next eight years those movies included “At the Circus” with the Marx Brothers, “Nothing Sacred” with Carroll Lombard and Fredrick March, and “The Knute Rockne Story” with Ronald Reagan and Pat O\'Brien. In 1940 he got a starring role in the movie “Reg\'lar Fellars” with Alfalfa Switzer.In 1945, the family returned to Sheridan, WY to operate the family ranch. There he finished high school and attended Sheridan College before graduating from the University of Wyoming with an agriculture degree. In 1951, he reunited with Mary Virginia Scrutchfield, eloped to Estes Park, CO, where Judge Roy Gilliam pronounced them husband and wife. That did not go over well with the family for it was the middle of hay season. The two made their home on the Burns Ranch on Prairie Dog Creek. Upon his grandfather\'s death, Malcolm became involved in running the family\'s OTO Ranch on Badger Creek. Starting in 1953, the couple decided to begin raising a family which resulted in four ranch hands. He continued to run the ranch for the next 40 years.Malcolm was actively involved with the SAE Fraternity during his college days and later the Rotary Club as well as the Elks Club. One of his favorites was the Gunpowder and Buckskin organization where they guided fellow Rotary Club members on deer hunting trips. He also enjoyed the Big Horn Mountain trail rides with his friend J.R. Hininger who got the two invited in 1972, and continued to participate until 1987. Malcolm was often the “life of the party” at many of these events, playing piano and singing his favorite songs. He was also a member of the Presbyterian Church.Malcolm was preceded in death by his parents and son Randy Hutton. He is survived by his wife, Mary Hutton of Sheridan, WY, his sons, Gary (Patricia) Hutton of Denver, CO, Craig (Charleen) Hutton of Sheridan, WY, Charles (Jeannie) Hutton of Fountain Hills, AZ, five grandchildren, 5 great grandchildren and his brother Jock (Judy) Hutton of Sheridan, WY.Memorials to honor Malcolm can be made to the Ag Programs at Sheridan College, PO Box 6328, Sheridan, WY 82801.A Memorial Service for Malcolm will be at 11:00 am on Saturday, December 20, 2014, at the First Presbyterian Church with Pastor Doug Melius Officiating with a reception to follow in the church fellowship hall.Kane Funeral Home has been entrusted with arrangements.