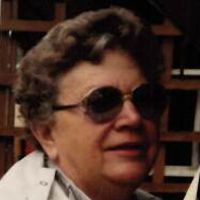 Marcella Clason, 90, of Sheridan, passed away on Wednesday, March 30, 2016, at the Westview Health Care Center. She was born on July 8, 1925, in Pittsburg, PA, to parents Floyd and Gertrude (Gobel) Wilcox.Marcella served in the Canadian Woman\'s Army Corp as an LPN. After serving in the Corp she went on to receive her RN degree. She married Donald Clason in Las Vegas on February 14, 1964. They were married for 52 years before death.Marcella was an artist, enjoyed crafts and traveled everywhere. She was a Soldier in the Salvation Army.Marcella was preceded in death by her parents, son, James Owen Holtzapple, two sisters, Grace Summit and Ruth Logan, two grandaughters, Tammy Renea Locknane, Michelle Wynn Rupp and one great granddaughter, Lisa Chay Orr. She is survived by her husband, Donald, children, Janice (Armando) Ceballos of Eastland, TX, Wanda (Ronald) Knapp of Bay City, MI, Marion Locknane of Hemet, CA, Gerald Holtzapple of Jamaica, Anita (David) Hicks of Sayer, OK, thirteen grandchildren, twenty nine great grandchildren and eight great great grandchildren.There will be no services held at this time.Online condolences may be written at www.kanefuneral.com.Kane Funeral Home has been entrusted with arrangements.

Date:
Start Time:
There will be no services held at this time.
Location:
Service VideoService Brochure