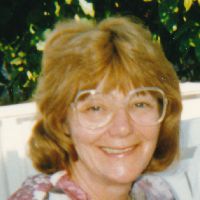 Marcia Mitchell, 67, of Sheridan, passed away on Friday, July 8, 2016, at St. Vincent Hospital in Billings. She was born September 17, 1948, in Sheridan, WY, to parents Willis and Barbara (Brookins) Morris. She married Dallas Mitchell on April 17, 1988, in Lake Tahoe, CA.Marcia grew up knowing real hardship in her early years which cultivated within her the desire to protect and nurture her family, friends, and all her beloved pets. She was also blessed with amazing creativity that is shown in her quilts and crafts. She was a DIYer long before it was popular. Her home was her masterpiece. It was always comfortable and welcoming. She was an amazing cook, baker, seamstress and quilter. Marcia was most well-known for the festive, delightful meals she planned and prepared for family functions and holidays. Everyone always left with a smile.Marcia’s only daughter Leasa was born in 1971; she was a single mom until she met Dallas in 1979. They were finally married in 1988, best friends and lovers through thick and thin. Marcia was a wife, mother, grandma, sister, aunt, cousin and friend. Her passing has left a big hole in our lives, which we are trying to fill with all the wonderful memories we shared with her.Marcia was preceded in death by her parents. She is survived by her husband Dallas Mitchell, daughter Leasa (Mark) Williams of Parkman, WY, John (Alicia) Mitchell of Centennial, Co, Jim Mitchell of Casper, WY, Jerry Mitchell of Casper, WY, siblings, Sherrie (Jim) Harries of Portland, OR, Scot Morris of Sheridan, WY, 8 grandchildren, 17 great-grandchildren and 5 nieces and nephews. Services will be held at 10:00 am on Tuesday, July 19, 2016, at Kane Funeral Home with Jim Harries officiating. Interment will be in the Sheridan Elks Memorial Cemetery. A reception will follow at the Elks Lodge. If you would like to contribute, Memorials to honor Marcia may be made to the Martin Luther Grammar School at 1300 W. 5th Street, Sheridan, WY 82801.Kane Funeral Home has been entrusted with arrangements.