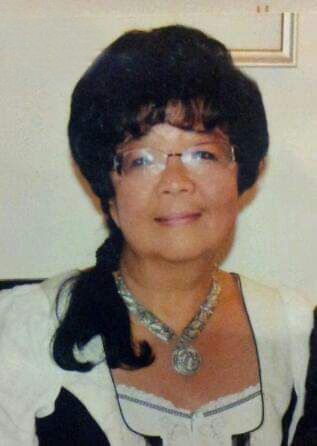 Maria Teresa Wentz passed away Monday, January 31, 2022 at Sheridan Memorial Hospital due to complications from double lung pneumonia. She was born on

September 25, 1942 to Raymond and Jenny Lin (Chan) in Macau, China. She came to the United States from Hong Kong in 1964 and went to college at Briar Cliff in

Iowa where she earned her B.A. Degree in Sociology and Psychology and later utilized those degrees in Sheridan at the Department of Family Services. In 1969

she married her first husband, Don Weir. They moved to Jackson Hole, Wyoming in 1972 and they welcomed their son, Sean Weir, into their lives. The couple

decided to make the move to Sheridan and shortly after were divorced. In 1974, she met and married Roger Wentz, who had a daughter, Julie Wentz and combined

their family as one. In 1976, they welcomed another daughter, Marlene Madden (Wentz) together and enjoyed many activities as a family such as hunting, fishing,

camping and spending time at the family cabin. Roger and Maria divorced in 1996 but remained good friends. For many years, she ran the jewelry counters at both

Wal-Mart and K-mart. When she would take any sort of trip, whether it be near or far from Sheridan, she was referred to as “The Jewelry Lady” and from that point

on acquired the nickname. She had an amazing passion and loved her family and would do anything in her power to make sure her family was taken care of. She

enjoyed her work and meeting new people. She loved going to BINGO and spending time with friends and playing card games on Fridays with them. She had

a true sense of fashion as she always coordinated her look with just the right jewelry, shoes, and purses. Maria is survived by her sister-in-law Sheri Graves,

grandson Terrance James Guilliams, great-granddaughters Sasha Rose Smith and Maylee Jane Hengstler and another great great-grandson due in April. Maria was a

wife, mother and best friend who loved unconditionally, had a heart of gold and will be deeply missed.