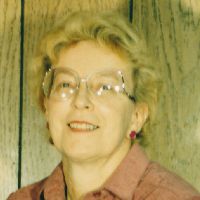 View Service Folder | Click for Video Tribute Marilyn J. Murphy, 72, of Story, passed away on Saturday, April 18, 2015, at her residence.Marilyn was born on March 5, 1943, in Sheridan, WY, to parents Jake A. and Linda (Weibert) Butkay. She graduated from Sheridan High School in 1961, and attended Weaver Airline School in Kansas and also Sheridan College and the University of Wyoming. She worked at St. Vincents Hospital in Billings and was a bookkeeper/secretary at Avcon Electronics for 25 years and a substitute teacher for Sheridan School District #2 for 25 plus years. She married Glenn J. Murphy on May 5, 1961 in Custer, SD.Marilyn enjoyed bowling and playing cards. She was a member of Holy Name Catholic Church, Big Hitters of Wyo Investment Club, Beta Sigma Phi and the Story Women\'s Club.Marilyn was preceded in death by her parents, sisters; Carol Butkay, Barbara Ketcham, Loretta Ley and sister in law, Lori Murphy. She is survived by her husband, Glenn, of Story, son, G. Scott Murphy of Sheridan, WY, sister, Charlene White of Soldotna, AL, grandsons; Dan and Kristopher Murphy, and her aunt, Katherine Hartung of Garryowen, MT, and many nieces and nephews.A Celebration of Life will be held at 10:00 a.m. on Saturday, May 2, 2015, at Kane Funeral Home with Father Michael Ehiemere officiating. Inurnment will be held in the Elks Memorial Cemetery with a reception to follow at the Story Women\'s Club.Memorials to honor Marilyn may be made to the Story Women\'s Club at 28 N. Piney Road, Story, WY 82842, or to the Hospice of the Big Horns at PO Box 391, Sheridan, WY 82801.Kane Funeral Home has been entrusted with arrangements.