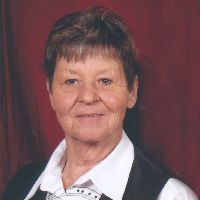 Marilyn June Sturtz, 72, of Sheridan passed away on Monday, May 18, 2015, with John and Skippy by her side. With her passing, June took the love and kindness of her family and her many friends.June was born on June 27, 1942, to Charles and Audrey (Scott) Catterall in Sheridan, WY.June spent twenty five plus years working and managing the Sweetheart Bread Store where she met many new friends. She liked camping, boating, fishing, spending time on the mountains and at the lake, gardening, bowling, dancing, art work, playing cards with the girls, she was an animal lover, especially with her Shipperke dogs, Jake, Ted and Skippy, and most of all she loved spending time with family and friends.She was a member of the Lady Kalif Shrine and the Big Horn Mountain Eagles.June was preceded in death by her husband Stanley Schanaman, parents, sister Charlene, and brother Wilford. She is survived by her husband John Sturtz of Sheridan, WY, children; Larry (Kim) Schananman of Hansen, NE, Michael Schanaman of Sheridan, WY, John Sturtz Jr. of Gillette, WY, Scott Sturtz of Gillette, WY, brother Jerry (Janet) Catterall of Sheridan, WY, two grandchildren; Sheridan and Shay. Also, by her two aunts, many nieces and nephews.Memorials to honor June can be made to Kalif Shriner\'s Children\'s Travel Fund, PO Box K, Sheridan, WY 82801 or to the Hospice of the Big Horns, PO Box 391, Sheridan, WY 82801.June\'s wishes were to be cremated and not to have any services. There will be a Gathering/Farewell Party for June Saturday, May 23, 2015, from 2 to 4 pm at the Kalif Shrine.Kane Funeral Home has been entrusted with arrangements.

Date:
Start Time:
June\'s wishes were to be cremated and not to have any services.
Location:
Service VideoService Brochure