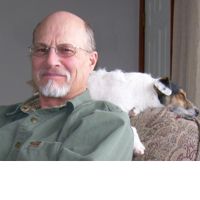 Marion L. Fisher \"Fish\" passed away Saturday, April 19, 2014 at The Sheridan Veteran\'s Medical Center, surrounded by family and friends. He succumbed to early onset Alzheimer\'s Disease.Born on Mother\'s Day, May 8, 1946 to Henry \"Hank\" and Evelyn Fisher, Marion graduated from Sheridan High School with the class of 1964. He joined the Army in August 1966 and served in Vietnam as a front-line Army medic, receiving the Silver Star, Bronze Star for Valor, Purple Heart and Combat Medic Badge.On July 18, 1970, he married the love of his life and best friend, Dixie Randall, and the couple had two daughters, Melissa and Sara.He worked at Big Horn Beverage for 34 years, retiring in 2005.Marion was a true outdoorsman who loved nature, fishing, camping, hunting, snow machining and spending time in the Big Horn Mountains with his family. He was an animal lover, especially horses and dogs, which he passed along to his daughters. Marion was always the favorite uncle, dad, friend in any circle. His sincere and easygoing nature, crazy sense of humor and huge smile drew people in...everybody loved to be teased by Marion!Marion was also a cowboy at heart (much to Dixie\'s surprise!) and his horses were a great joy in his life. Both his horses and his dogs followed at his heels wherever he walked and would lean against him for a rub or nudge him for a treat every chance they had. He never denied them...He enjoyed breeding and training horses, chariot racing, packing and just riding for pleasure.Marion also loved fast cars, trucks and The Coupe. When he was young, he was always in trouble for speeding and went through car after car, even rolling them on Main Street!He was preceded in death by his father, Hank, in 1993 and is survived by Dixie, Melissa, Sara, his mother, Evelyn, and sisters Judy Johnson and Anita Krivitz. He is also survived by beloved brothers and sisters-in-law, aunts, uncles, cousins, nieces and nephews and close friends.In lieu of services, Marion requested cremation. This summer, Dixie, the girls and close family and friends will honor Marion with a celebration of his life near the aspen trees, by the clear water, and in the shadows of his mountains.Thank you to family, friends, medical staff and the caregivers at the Sheridan V.A. for the love and support throughout Marion\'s battle with the disease. He was adored through his last breath.Donations may be made in Marion\'s name to the Sheridan Dog & Cat Shelter at 84 East Ridge Road, Sheridan, WY or at http://dogandcatshelter.org/wp/store/monetary-donations/.Kane Funeral Home has been entrusted with arrangements.