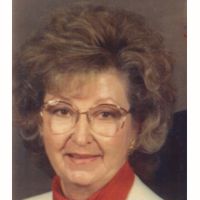 Marjorie W. Darrington, age 84, passed away on Thursday, October 31, 2013 at Westview Health Care Center in Sheridan, Wyoming.Marge was born Marjorie Willeen Morrow on August 21, 1929 in Prairie Grove, Arkansas, to Archie and Ada Morrow. Marge studied to be a nurse in college, and for 14 years worked as an LPN at the United States Air Force Academy Hospital in Colorado Springs, CO.Marge married Ed Darrington on May 1, 1978 in Maui, Hawaii, where they spent their honeymoon. When Ed’s job with Firestone presented the opportunity in June of 1979, Marge and Ed moved from Denver to Sheridan, Wyoming. Marge was a member of the First Presbyterian Church in Sheridan and enjoyed many hobbies including sewing, knitting, needlepoint, china painting, cooking, and travel.Following a severe stroke in 1996, Marge moved to Westview Health Care Center in Sheridan. Marge became Westview’s longest resident and came to love her caregivers and fellow residents as family. Preceding Marge in death were both of her parents; her husband Ed Darrington; her son, Jerry Whitmire; her brother, Melvin Morrow; sister, Evelyn Donley; and niece, Janette Harrison.Marge is survived by her sister Sylvia Hodges of Salinas, California; her son, Bill Whitmire; her step children - Eva Darrington of Denver, Allen Darrington and his wife Lori, and 3 step grandchildren – Olivia, Emma, and Everett, of Littleton, CO.Memorial contributions may be offered to the First Presbyterian Church, 2121 Colonial Drive, Sheridan, Wyoming 82801.A Memorial Service will be at 2:00 pm, Thursday, November 7, 2013 at the First Presbyterian Church with Pastor Doug Melius Officiating. An Inurnment will be in the Church Columbarium. A Reception will immediately follow.Kane Funeral Home has been entrusted with arrangements.