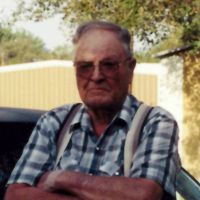 Marlon J. Mize, 93, of Buffalo, passed away on Saturday, April 26, 2014, at Johnson County Health Care Center.Marlon was born on February 7, 1921 in Jonesboro, LA to parents William Edward and Mozella (Duffy) Mize. He attended school at Walker\'s School in Jonesboro. He joined the US Army serving from 1941 – 1945 during WWII and again from 1951 – 1955 during the Korean War. He married the love of his life, Billie Joy Womack, on September 3, 1955. They renewed their vows on September 4, 1982.Marlon enjoyed hunting and camping, but he loved the hours he and Billie spent fishing and eating his favorite fish, the Channel Catfish. He had fished most water areas in Louisiana and Wyoming. He worked as a heavy equipment operator for many years.Marlon was preceded in death by his parents, three sisters, and 1 great grandchild. He is survived by his daughter, Devona (Charles) Terry of Buffalo, WY, his grandchildren; Kristi Blakely and Sherri Martin both of Gillette, WY, James Terry of Sheridan, WY and Michael Terry of Kansas City, KS, along with eleven great grandchildren.Inurnment will be held at a later date in Jonesboro, LA.“Til we meet again Marlon, I love you.” JoyKane Funeral Home has been entrusted with arrangements.