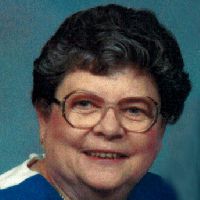 Martha Ellen (Piland) Perry, 89, of Kaycee, passed away on Sunday, April 6, 2014 at the Agape Assisted Living in Buffalo.Martha was born on March 25, 1925, and grew up in Waldo, KS. She had four brothers and sisters, three of them have preceded her in death.Martha and Bud were married on November 2, 1944, and just a few years later moved to Wyoming where they raised their family of four children.Martha was a member of the Kaycee Methodist Church and served as the church treasurer for many years. Not only was she active in church she was a member of the Kaycee City Council, room mother at school, and her home was always open to the young people in the Kaycee area and at meal time there was always an extra chair for anyone stopping by.Martha retired from the Post Office after 20 years of service, the last years being the Postmaster of the Kaycee Post Office. When Martha wasn\'t working at the Post Office, she was involved in her children\'s activities, keeping her home or working on some community project, or she was running to Casper or Buffalo for parts for Bud to use at his Texaco service station.Martha\'s most precious moments in life were being at home to enjoy time with their grandchildren and great grandchildren. The grandkids use to call Martha and Bud\'s home “the happy place.”When Martha retired from the Post Office and Bud retired from his Texaco service station in 1985 they spent the winters in Apache Junction, AZ, returning to Kaycee for the summer. During that time they took several cruises and traveled, then when the grandchildren started coming along Martha told Bud it was time to stay year around in Kaycee so she could help out with the grandchildren.Martha and Bud lived in Kaycee from 1950 until Martha\'s health started failing last year when they moved to Agape Manor in Buffalo, WY.Martha is survived by her husband, Bud, four children; Nancy (Dennis) Flynn of Cheyenne, Judy (Bill) White of Oelrich, SD, Allan (Laura) Perry of Kaycee and Bob (Sandi) Perry of Buffalo, 11 grandchildren, 10 great grandchildren, and one brother, James Piland of Waldo, KS.Services for Martha will be held at 2:00 p.m. on Thursday, April 10, 2014 at the First United Methodist Church in Kaycee, WY with Reverend KyeongSu Jung officiating. Interment to follow in the Kaycee Cemetery with Russ Cahhal officiating. A Reception will follow at the Country Inn.Memorials to honor Martha may be made to The Chris LeDoux Memorial Park, 401 Nolan Ave., Kaycee, WY 82639 or the Susan Bowling Lawrence Hospice at 497 W. Lott St., Buffalo, WY 82834.Kane Funeral Home has been entrusted with arrangements.