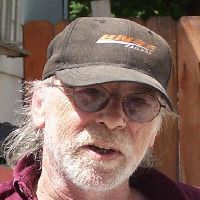 Martin “Marty” Meece, 60, of Sheridan, WY.  passed away on Friday, January 29, 2016, at his residence.Marty was born on September 15, 1955, to Virgil and LaWanda (Buck) Meece in Denver, CO.  He married Darlene Marie Frank on August 8, 1985.  He worked as a Locomotive Engineer for BNSF for 39 years and recently retired in October. Marty was a member of the United Transportation Union.   Marty loved to make people laugh, never short on jokes, told the best of stories (never knew what was true), and made watching the Cornhuskers a spectacle as he yelled at the TV. He truly was a \"Simple Man\" that required nothing fancy, come as you are, and a guy that stops to help fix a tire or pull you out of a ditch. He may have never finished that Camaro we all knew about but maybe that was never his intention. He was in his element in the garage, Bob Segar blaring, tools galore, a coffee cup and a cigarette.Marty was preceded in death by his parents, his brother Steve Meece and his sister-in-law Brenda Lee Meece.  He is survived by his wife Darlene Meece of Sheridan, WY, children; Sabrina Zowada of Austin, TX, Rick (Megan) Frank of Stuttgart, Germany, Charlene Meece of Sheridan, WY, Samantha Meece of Columbia City, OR, Ashley Meece of Billings, MT, Colten Meece of Sheridan, WY. Also, his siblings; Gary (Mary) Meece of Sheridan, WY, Dave Meece of Gillette, WY, sister-in-law Brenda Gail Meece of Sheridan, WY, six grandchildren; Natti, Gabbi, Henley, Zachary, Elise, and Treven. Along with numerous nieces and nephews, aunts, uncles, cousins and in-laws.A Celebration of Life will be held at 2:00 PM on Friday, February 5, 2016, at Kane Funeral Home with Pastor Doug Goodwin officiating.  A reception will follow in the Kane Reception Hall. In lieu of flowers, contributions may be made to Martin Meece Memorial Fund, Bank of the West, 2 North Main Street, Sheridan, WY 82801 to offset final expenses.Kane Funeral Home has been entrusted with arrangements.