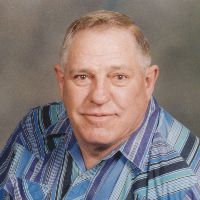 Martin Thomas Michelena passed away Monday August 25,2014, at Saddle Ridge, Westview Health Care Center in Sheridan. He was born February 5 1936, to Sebastian and Anna Michelena out side of Arvada, Wyo on Barber Creek, where his dad and mom had a sheep camp. Martin attended school in Arvada, Wyo, and graduated from Arvada High School in 1954.After graduation, he worked at various ranches, later joining the Marine Corps, and was stationed in Camp Pendleton, San Diego, California. He was honorably discharged before he married Dolores Kobielusz in 1958, and they have 3 sons; Tom and Randall of Sheridan, and Mike of Olalla, Washington. Martin worked for Sheridan County Road and Bridge Department, and Big Horn Coal before moving to Gillette, Wyo, where he worked for Cordero Rojo Coal mine, retiring in 1998, He spent his retirement years in Sheridan and traveled throughout the west.Martin was a member of the Holy Name Catholic Church.He is survived by his wife Dolores, sons Tom {Garcia}, Mike {Cyndi}, Randall and grandson Tom J. {Amanda}. Five brothers Joe, Jean, Santiago, Juaquin, and Pete. Four sisters Kathleen Smith, Betty Kay Green, Mary L. Bradshaw. and Marcina McKenzie and numerous nieces and nephews. Preceding him in death were his parents Sebastian and Anna Michelena, brothers Seberiano, Sebastian and a niece Brenda Keith.Memorials to honor Martin can be made to the Holy Name Catholic Church, 260 E. Loucks, Sheridan, WY 82801.A Visitation will be at 6:00 and Rosary at 7:00 on Tuesday, September 2, 2014, at Kane Funeral Home, with Father Brian Hess officiating. A Mass of Christian Burial will be at 10:00 Wednesday, September 3, 2014, at Holy Name Catholic Church, with Father Brian Hess officiating. Burial will be in the Sheridan Municipal Cemetery with full Military Honors. A reception will follow at the Knights of Columbus building.Kane Funeral Home has been entrusted with arrangements.