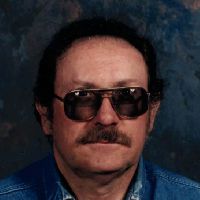 Marvin Earl Kaupp, 71, of Sheridan, passed away on Friday, June 10, 2016, at the Sheridan Memorial Hospital. He was born on December 20, 1944, in Denver, CO, to John R. and Joy V. Kaupp. He grew up, primarily, in Denver. For a large part of his life he worked for Honeywell and later, after moving to Edgemont, SD, he worked for Edgemont School System.Marvin was an avid gunman who enjoyed many hunting trips in Edgemont. Fishing also occupied a lot of his life. Spending time with his family always brightened his days. He moved to Sheridan, WY the summer of 2011. He loved talking with others and the interactions. He never met a stranger. Witnessing his enthusiasm for life put a smile on your face.Marvin is survived by his ex-wife and best friend Karen Kaupp, of Sheridan, WY, and his five children; Trish Blumhorst of Great Falls, MT, Linda Howlett of Metter, GA, Gloria McCoy of Las Vegas, NV, Darin Kaupp of Gillette, WY and Jennifer Kaupp of Sheridan, WY. Marvin had eleven grandchildren and nine great-grandchildren. He was preceded in death by his father, John R. Kaupp, his mother, Joy V. Kaupp, his brother, Dexter Kaupp and his nephew, Dale Kaupp.A Memorial Service will not be held at this time.Kane Funeral Home has been entrusted with arrangements.

Date:
Start Time:
A Memorial Service will not be held at this time.
Location:
Service VideoService Brochure