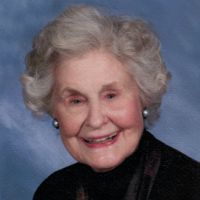 Mary Bernice Marshall died December 17, 2013 in her home in Sheridan, Wyoming. She was surrounded by family, and her death was beautiful, peaceful, and characteristic of the dignity with which she lived her life.The Marshall family was blessed to be mother\'s caregivers in her home during her final days, an honor we will always cherish. A very sincere thank you to doctors, Hospice, all caregivers and the Sheridan community, home to our family for over 50 years.Mother was born at Holy Cross Hospital in Calgary, Alberta, Canada on November 8, 1926 to George Alfred Barnes Pusey (a first generation Englishman from Uxbridge) and Margaret Ellen (Black) Pusey from Ontario. The first of two children, she was preceded in death by her younger brother George. Her father passed away when she was 18 months old and her mother was 94 when she died. Her husband, Maurice Dean Marshall, and one grandchild, Peter Marshall, also preceded her in death.Mom was devoted to her family and embraced stability as her vocation. She is survived by eight children and their spouses: Tony (Tillie) in Polson, MT; Margaret Ann in Sheridan; Mary Dean in Lander; Paul in Sheridan; Joan in Lander; Samuel (Barbara) in Polson, MT; Richard (Carol) in Aurora, CO; Gregory (Valori) in Sheridan, 27 grandchildren and spouses, 37 great grandchildren with 4 more on the way, two great, great grandchildren, and many nieces, nephews, great nieces and great nephews in Texas and Canada.Mother would light up around new babies, especially at the end of her life. An English nursery rhyme that she enjoyed and shared with her young children and grandchildren bouncing them on her knee while they giggled in response:Ride a cock-horse to Banbury Cross,To see a fine lady upon a white horse;With Rings on her fingers and bells on her toes;She shall have music wherever she goes.Music was an important part of mom\'s life. She was a talented classical pianist, an ability little known beyond the walls of her own home. One of our fondest memories was being serenaded to sleep at night by beautiful music from her piano. Family members would occasionally gather around the piano to sing or play instruments as she accompanied them, especially during the Christmas season and other family gatherings.Mom was a lifetime Roman Catholic and a member of the Holy Name Parish since 1962. She was a prayerful woman devoted to Mary and the rosary. Her faith guided all aspects of her life.A few of us have mused about what might happen when mother stops praying for us. The answer is that she won’t. We will all be in her ongoing prayers, along with others with special needs, including bad Republicans and good Democrats.Living in Calgary, she graduated from Saint Mary’s School for Girls in 1943 and then from Holy Cross with a Bachelor’s of Science in Nursing. In 1950 she married Maurice Dean Marshall, a Texan working on a geophysical assignment nearby. They were married at St. Mary’s Cathedral and moved shortly thereafter to Casper, Wyoming and then to Cody where they spent 11 happy years. Mother was proud to become an American citizen in 1959. In 1962 the family moved to Sheridan after purchasing the JE Motel and Café which they owned and operated for 10 years.Mom was well read and truly had an enviable memory and a great sense of historical context. She was the consummate newspaper clipper, one to document family and friend special notices and events and other things of interest to her, notably, the goings-on in her church, the state and country and at City Hall. Mom had very strong feelings about bad government, lack of leadership and moral decay in our world, particularly the abortion of unborn children. She was very happy to tell you about it if you asked, or didn’t.She served as President of the Wyoming Federation of Republican Women, was a member of the Sheridan Planning Commission, served on many boards including the Sheridan Hospital Board, Council of Catholic Women and Advocacy for Handicapped Adults. She was Sheridan\'s \'first lady\' when Dad served as mayor, who died in 1984 at the end of his second term. The City of Sheridan honored mom’s contribution to the community by declaring August 20th Bernice Marshall Day.Mary Bernice Marshall\'s life was well lived. We are all proud of you, Mom, and will miss you.We love you. When you meet Dad, tell him we love him, too, and with the help of your prayers, we’ll see you...soon.A rosary will be recited at Holy Name on Sunday evening, December 22 at 7:30. The Mass of the Christian Burial will be at 10:00 am on Monday, December 23, 2013 at Holy Name Church with Father Louis Shea and Father Dave Erickson officiating. Interment will be in the Sheridan Municipal Cemetery next to her husband Dean. A reception will follow for family and friends in the parish hall.In lieu of flowers, donations to honor Mary Bernice may be made to the Legacy Pregnancy Center at 847 Coffeen Ave., Sheridan, WY 82801 or St. Joseph Society at P.O. Box 1468, Cheyenne, WY 82003-1468 or to the Wounded Warrior Project, 1 South Nevada Ave, Suite 205, Colorado Springs, CO 80903.Kane Funeral Home has been entrusted with arrangements.