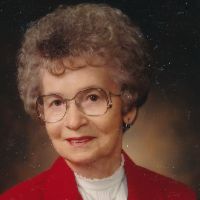 Mary Holub-Gorzalka-Buell Mary J. Buell, 99, of Sheridan, WY, died Wednesday, September 13, 2017.Mrs. Buell was born March 14, 1918, at Wyarno, WY, in the Dutch Creek area to John K. and Mary S. (Brisko) Holub. She was raised and attended rural schools there along with her 11 brothers and sisters.She married Joe T. Gorzalka in 1937, and they had three children; William “Jack”, Diana and Robert. They were married 26 years and were ranching at Wyarno, WY, at the time of Mr. Gorzalka\'s death in 1963.She later married Harold T. Buell in 1967, and they lived in the Buffalo and Sheridan area until his death in 2000. She later moved to the Heritage Towers where she made many friends and enjoyed the fellowship of all the residents for 13 years before going to Sheridan Manor. The family is very grateful for the staff and her friends at Sheridan Manor.Mrs. Buell belonged to several homemaker clubs in the Wyarno and Buffalo area. She was a Life Member of B.P.O. Does Drove #127 of Sheridan and held the office of President in 1971, also including many years as Chaplin. She along with other Does members spent many hours sewing puppets for Pediatric patients at Sheridan Memorial Hospital. She also worked in the District 2 schools for several years as a cook\'s assistant.Mary was an excellent cook and hostess. Her home was the gathering place for family and friends on Sundays and Holidays, including many family reunions over the years. She was an exceptional seamstress and enjoyed dancing, playing cards, and crafting. Spending time with her grandchildren, great grandchildren and great-great grandchildren was her greatest joy.Preceding her in death were her parents, both husbands, sons; William “Jack” and Robert Gorzalka, four brothers; John, Frank, Edward and Joe Holub; and four sisters; Helen Henthorne, Frances Kleweno, Josephine Hill and Ann Seneff. She is survived by her daughter; Diana (Wayne) McKenzie of Sheridan, WY, seven grandchildren; Darrin McKenzie of Boise, ID, Brian (Dawn) McKenzie of Aurora, CO, Debbie (Kevin) Hepp of Gillette, WY, Jacque (John) Reilly of Sheridan, WY, Lynn (Darrell) Steward and Laura Nielsen of Cody, WY, Shelley Betz of Lander, WY; eight great-grandchildren; one step-great grandson; six great-great grandchildren; three brother; Karl Holub of Sheridan, WY, Bill (Barbara) Holub of Albuquerque, NM, Larry Holub of Alliance, NE, and numerous nieces and nephews.At her request, cremation has taken place and there will be no services. A Celebration of Life notification will be in the Sheridan Press in the near future.Kane Funeral Home has been entrusted with arrangements.