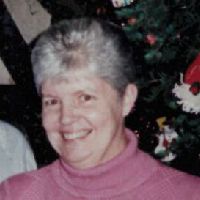 Mary L. Coonis, 79, of Sheridan, passed away on Wednesday, August 3, 2016, at the Westview Health Care Center. She was born on June 11, 1937, in Pleasanton, TX, to parents Reuben and Lucille (Langley) Jackson. She married William A. Coonis on June 14, 1957, in San Antonio, TX. Mary was deeply dedicated to her church and family. She was a pastor’s wife and actively involved in the Southern Baptist Church for over sixty years. She was a data processor by trade and worked many years at the Galusha Higgins & Galusha Accounting Firm n Helena, MT for many years. She enjoyed gardening, cooking, and camping but most of all she loved being a mother and grandmother. Mary was preceded in death by her parents, husband, oldest son, William Arthur Coonis, Jr. She is survived by her children; James (Kim) Coonis of Sheridan, WY, Martie Larson of Virginia, Cindy McNees of Helena, MT, brother, John Jackson of Jourdanton, TX, thirteen grandchildren; Krista, Kendra, Adrienne, Brynn, Eric, Max, Brad, Tyler, Kylie, Marlie, Jason, Abbie, Dani, and four great grandchildren, Zane, Eli, Devin and Braxton.Services will be held at a later date in Helena, MT.Kane Funeral Home has been entrusted with arrangements.