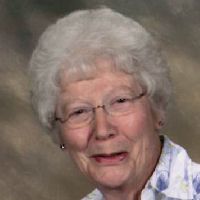 Mary Louise Paul, 86, of Sheridan passed away on Thursday, February 1, 2018 at Sheridan Memorial Hospital.Mary was born on March 2, 1931 to Henry and Mary L. (Barager) Niemann in Meadowlands, MN. Upon her High School graduation Mary moved to Duluth, MN to attend college utilizing her one year academic scholarship. Mary worked as a Candy Striper while attending college. After receiving her Teaching Certificate Mary moved to Great Falls, MT and then later to Sheridan to teach at Coffeen School. She married Jack L. Paul and they had three children, Sandy, Jackie, and Randy. Mary was a homemaker/ substitute teacher while her kids were young. Later Mary was employed by the Wyoming Girls School and remained there until she retired.She was an active member of The First Christian Church. Encompassing many years of service she served on the Board, was a deacon, baked communion bread, helped with Chat and Coffee and wherever needed. She enjoyed her friends at Women’s Group and participating in Bible Study. Mary also served on the BOD for Heritage Towers and was passionate about senior issues. While raising her children Mary was a Girl Scout Leader, a Den Mother and helped where needed in 4-H.Mary enjoyed watercolor painting, reading, Sudoku puzzles, and walking her favorite and special dog, Tatum. She loved her Atlanta Braves and Colorado Rockies and couldn’t be bothered answering the telephone during a game. Mary was known for her wonderful pies and made a crust like no other!She was a wonderful wife, mother, grandmother and friend. Mary had a gentle spirit and great love of life. She shared 86 years of loving, caring and service to all she touched and will be greatly missed.Mary was preceded in death by her parents and her son, Randy Paul. She is survived by her best friend Jack Paul, daughters; Sandy (Ray) Morton of Sheridan, Jackie Thorne of Waikoloa, HI, grandchildren; Laci (Nick) Little, Chris (Kory) Randolph, Jessica Petrill, and Tyler Thorne, and great grandchildren; Wyatt, Isabella, Thurston, Stryder, and baby Delilah on the way.A Memorial Service will be held at 11:00 am on Saturday, June 16, 2018, at the First Christian Church with Pastor Doug Goodwin Officiating. A reception will follow the service.Memorials to honor Mary can be made to The First Christian Church, 102 Connor Street, Sheridan ,WY or the Dog and Cat Shelter, 84 East Ridge Road, Sheridan, WY 82801.Kane Funeral Home has been entrusted with arrangements.