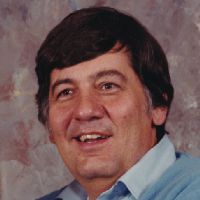 Maximillian A. Aguilar, 81, of Sheridan, passed away on Saturday, April 30, 2016, at the Sheridan Memorial Hospital.Max was born, legally blind, on December 19, 1934 in Omaha, NE to Maximillian and Rachel (DeFoort) Aguilar. He attended the Nebraska School for the blind where he became the State Wrestling Champion. He earned his Degree in Education and was a History Teacher at Grant High School and Clarks High School in Nebraska. Later he worked for the State of Wyoming Department of Visually Impaired and was also the President of the National Federation of the Blind of Wyoming for many years. After retirement, he walked Main Street to deliver the Sheridan Press and worked for several other businesses in Sheridan. Max and Norma celebrated 39 years together and got to travel numerous places. Although he was legally blind, Norma let him drive one time on the interstate and he thought that was awesome! Max never let his disability hold him back from his many accomplishments. He was well known for his sense of humor, was very intelligent and always took a genuine interest in people. He enjoyed cooking, traveling, playing cards, watching sports and spending time with his cat Missy. One of his favorite past times was having coffee with his friend Vern. Most of all Max loved being a Grandpa! He will be missed by everyone who knew him.Max was preceded in death by his parents, his brother Richard, his sisters Mary Lou and Rita, his son Marcus, daughter Mary, and granddaughter Aubrey. He is survived by his wife, Norma Aguilar of Sheridan, WY, children; Bob Aguilar of Brady, NE, John (Jennifer) of Denver, CO, Wayne Walker of Sheridan, WY, Marla Garriffa of Sheridan, WY, Sue (Jim) Bremkamp of Sheridan, WY, David Walker (Gretchen Stephens) of Sheridan, WY, and Ronnie (Chery) Walker of Sheridan, WY. Also, by his siblings; Frank Aguilar of Sandwich Island, MA, Jim (Rita) Aguilar of Castle Rock, CO, Margie (Bob) Livingston, Carlyle, PA, nineteen grandchildren and nineteen great grandchildren.Memorials to honor Max can be made to the Sheridan Vision Outreach Services, (please make checks out to Montgomery Trust Fund) 2161 Coffeen Avenue, Suite 603 Sheridan, WY 82801 or to the Sheridan Senior Center, 211 Smith Street, Sheridan, WY, 82801. At his request, no services are planned in Sheridan. Services and internment will be held at a later date in Omaha, Nebraska.