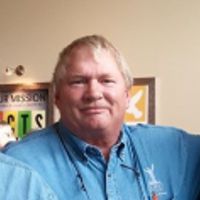 On January 17, 2016, Michael (Mike) Churchill Gay peacefully passed away at St. Vincent Healthcare in Billings, MT from injuries he sustained after an accident working at First Christian Church in Sheridan, WY.Mike was born on April 14, 1959, to Andrew Hynes and Jean Elizabeth (Churchill) Gay in Helena, MT. Mike lived in Billings until age 8, and moved to Sheridan in 1967 with his family. He grew up in Sheridan graduating in 1978 from Sheridan High School.In 1980 Mike met the love of his life, Tammy, whom he married in 1981 and continued to live in Sheridan, raising three loving children, Candice, Christopher and Nathan. Mike was very dedicated to his family being continually faced with obstacles raising his children and caring for his wife Tammy after a debilitating stroke. Mike spent his career as an independent contractor and painter. He attended Sheridan College attaining an Associate\'s Degree in Social Science and continuing on at the University of Wyoming/Casper graduating with a Bachelor\'s Degree in Social Work. In 2004, Mike began working with the Wyoming Department of Corrections, Rawlins, WY as a case worker.Mike faced the adversities of life, overcame his demons and was able to give himself to others helping them in their struggles, however he never met a stranger and always had a smile. He enjoyed watching his beloved Denver Broncos kick butt, Wyoming Cowboys, camping, fishing, and most importantly being with his grandchildren. His youngest son, Nathan, took him to the season opener for the Broncos in 2015 which was a dream he had all his life. He was able to travel to Sandpoint, ID and spend Christmas in 2015 with his middle son, Christopher and family, sharing fond memories with him attending the Wyoming Cowboy football games together. His daughter Candice and family of Ranchester, WY had weekly dinners with “Papa” sharing lots of laughter and most importantly Root Beer Floats.He was a leader and inspiration to the participants at Celebrate Recovery having continued his recovery for the past 4 ½ years. He was an amazing leader helping many others grow throughout their journey to success.Mike was preceded in death by his loving wife, Tammy, and his parents. He is survived by his children, Candice Gay of Ranchester, WY, Christopher (Cara) Gay of Sandpoint, ID, Nathan Gay of Casper, WY, brother Andrew (Angela) Gay of South Dakota, eight grandchildren and several aunts and uncles.A Memorial Service will be held at 1:00 on Saturday, January 30th. 2016, at the Cornerstone Church with Pastor Tony Forman officiating. Memorials can be made to Cornerstone Church, 4351 Big Horn Ave, Sheridan, WY 82801. C/O Celebrate Recovery Mike Gay. Reception to follow at the Big Horn Eagles, 1760 Commercial Ave.,Sheridan, WY.Kane Funeral Home has been entrusted with arrangements.