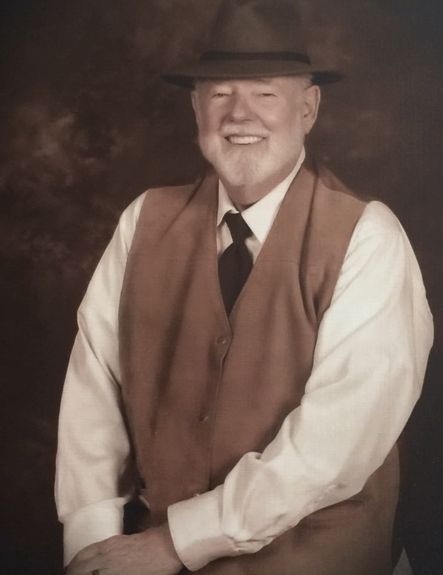 .Michael Duane Endecott peace fully passed away at 3:30 in the morning on June 10, 2021 at the Sheridan Veterans Hospital in Sheridan, Wyoming.

Mike was born on January 8, 1945 in Boise, Idaho to Roy and Geraldine Endecott.  He had two older sisters, (Donna and Kathy) and a younger brother, Ron who have preceded him in death. Mike is survived by his wife, Esther of 43years and five sons, their wives, along with 15 grandchildren and 2great grandchildren. They are: Shawn and Gina, Shawn’s children from a previous marriage are Katlyn and Brian, Brian has two sons, Brody and Hunter. Shawn and Gina’s children are Kiya and Stryder; Jim and Danielle and their children Aiden who graduated high school a few days ago and Heleena; Haans and Else, their children Charlotte, Evelyn, Hyrum, Mabel, and Orrin; Tyson and Sarah, their children Lucy, Eli, Maggie, and Jack; and finally Dallin and his wife, Holly.

As a youth, Mike was always busy; he enjoyed fishing and hunting pheasants with his brother, Ron and Dad. He was a conscientious worker who did his best and even went the extra mile to help his mom and dad with their trailer court in Meridian, Idaho. His Dad passed away when Mike was 16 and his mother moved to Gresham, Oregon where Mike finished high school.  He joined the Navy when he was 17 years old and served in Thailand and aboard the USS Floyd County in Southeast Asia, specifically Vietnam. He worked hard and efficiently. Consequently, he was assigned a lot of extra work.  When he asked his superior why he always got the extra hard jobs he was told because he put the best effort into every job and he could be counted on to do the job right.

While aboard ship, Mike noticed some military personnel working on shore and asked who they were.  He was told they were Seabees, (Construction Battalion). Mike knew at that moment that he wanted to become a Seabee and get off ship.  After his first tour of duty was up, Mike returned to Portland, Oregon where he attended Multnomah Community College and then he filled out the necessary paperwork to re-enlist for an A-School to become a Steel Worker in the Seabees.  In 1977 Mike applied to the Naval Security Group Activity and passed their requirements.  Thus began his working at American Embassies around the world. When his military duty was over, Mike applied to work in the State Department as a Foreign Service Building Maintenance Officer working at US Embassies.  Mike loved working and serving his country.

Mike met his wife, Esther in Puerto Rico where she was stationed as a Hospital Corpsman in the Navy. They were soon married and began their family traveling all over the world moving from one embassy to another.  While in Australia, Mike decided to get baptized in The Church of Jesus Christ of Latter-day Saints. Then on April First of 1982 Mike and Esther were sealed in the Seattle Temple and have remained very active within the church that has so fully blessed their lives.

When Mike left the State Department he returned to Oregon and earned an Associate’s Degree for Construction Business Management at Rogue Valley Community College.  As a civilian, Mike became a Land Developer and General Contractor from 1995 to 2009. In 2011 Mike and Esther moved to Sheridan, Wyoming where in their retiring years they became foster parents to several children.  They moved to Story and continued foster care until in 2020 when Michael was diagnosed with liver cancer.  He has been greatly loved and will be sorely missed.

To celebrate Mike's life, a reception with military honors will be held on Wednesday, June 16, 2021 at 11:00am at the Kane Funeral Home Reception Hall.

Date:
June 16, 2021
Start Time:
In Celebration of Mikes life a reception with Military Honors will be held at Kane Reception Hall on Wednesday June 16, 2021 at 11:00.
Location:
Tribute VideoService VideoService Brochure