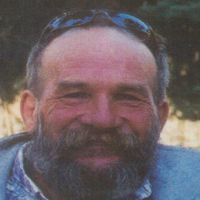 Michael Lee Green, 62, of Sheridan, passed away on Wednesday, June 11, 2014, at his residence.Mike was born on August 5th, 1951 to Dale and Mary (Wolfe) Green in Sheridan, WY. He was raised in Sheridan in the house his grandfather built. He then went on to start a family of his own in the area. He worked at Decker Coal for many years, and then went back to climbing and trimming trees upon his retirement. He was in the Drum and Bugle Corp for 4 years, he did some roping in the rodeos, and had been an avid skier. He loved riding his Harley\'s, and going fishing. He had recently found a new love of backpacking in the Big Horns and riding four wheelers. He loved the ladies......and was always quite the ladies man. He liked to hang out with his friends and loved his family unconditionally. He lived his life for his kids and granddaughters, and couldn\'t have been happier.Mike was preceded in death by his parents and his son Kelly “Augie” Green. He is survived by his sons; Travis Green and Justin (Cassie) Green both of Sheridan, WY, brothers; Richard “Dick” (Bessie) Green of Sheridan, WY, James “Jim” (Thea) Green of Houston, TX, Sam (Sherry) Green of Sheridan, WY. Grandchildren; Kiley Green, Isabella Green, Kylie Anderson, Kadence Green and Hallie Jo Green.A Celebration of Life will be held at 2:00 pm on Monday, June 23, 2014 at Kane Funeral Home with Reverend Kevin Jones Officiating. A reception will follow at 3:00 at the Eagles in the Commercial Park.Memorials to honor Mike can be made to the Joey\'s Fly Fishing Foundation at 109 S. Main St., Suite B, Sheridan, WY 82801.Kane Funeral Home has been entrusted with arrangements.