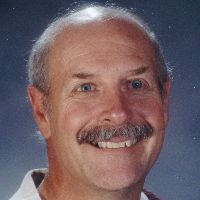 ‍Michael R. Leach, 65, of Sheridan passed away on Wednesday, March 1, 2017, at Sheridan Memorial Hospital.Mike was born on March 2, 1951, in Torrington, WY to Irl and Dorothy (Goddard) Leach. He married Fern Tetschner on January 17, 1976, in Sheridan, WY celebrating forty one years with each other. Together they have raised their three children. He held many positions in his life, but his favorites were being a Draftsman at Decker Coal and owning his own sign business, Leach\'s Custom Signs. Mike enjoyed people, so he loved anything that would put him in contact with others. He was a member of the First Christian Church.Mike enjoyed sports, fishing, the outdoors, taking care of his yard, he always talked to everyone, no one was a stranger, he was a friend to everyone. He loved his family very much and especially his grandchildren. He was a giver in life and continues to give in death by being a donor.Mike was preceded in death by his father, and his brother Roger Leach. He is survived by his wife, Fern, his mother Dorothy, son, Jason (Mandy) Leach, grandchildren Cole and Ty, son, Aaron (Jennifer) Leach, grandchildren Madison, Liv, and Beth, daughter, Stacey (Thomas) Tobacco, grandchildren Hunter, Nathan and Kylee all of Sheridan.A Celebration of Life for Mike will be at 10:00 am on Thursday, March 9, 2017, at the First Christian Church with Pastor Doug Goodwin Officiating. A reception will follow immediately at the Elks Lodge.Memorials to honor Mike to set up a college fund for his Grandchildren can be made to Fern Leach, Jason Leach or Grandchildren Account, 1391 Parker Ave, Sheridan, WY 82801.Kane Funeral Home has been entrusted with arrangements.