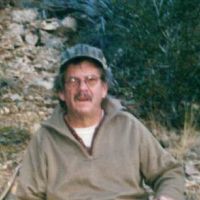 Michael W. McGinty, 65, of Sheridan, passed away on Wednesday, May 18, 2016, following a long courageous battle with cancer.Mike was born June 25, 1950, in Fort Atkinson, Wisconsin to William and Helen McGinty.He graduated from Fort Atkinson High School and University of Wisconsin-Stevens Point with a degree in forestry and soil management.He joined the Army in 1968 and served in Vietnam. He later served with the Army Guard for 20 years as a Medivac Helicopter Crew Chief and mechanic.Mike worked for the US Bureau of Land Management as forester and realty specialist for 23 years and retired in 2001. His job took him to Nevada and Alaska. After BLM retirement he worked on several southwestern pipeline and power line projects as Enviromental Inspection Manager.He is survived by his immediate family: Love of his life Margaret Albitre, step son Tony Bonner and step daughter Moira Myronenko, sister Eileen Reeder, brother Patrick McGinty, and many cousins, nieces, nephews, and step grandchildren.A Visitation will be held at 6:00 p.m. with a Rosary at 7:00 p.m. on Sunday, May 22, 2016, at Kane Funeral Home. A Funeral Mass with Military Honors will be held at 11:00 a.m. on Monday, May 23, 2016, at Holy Name Church with Fr. Brian Hess officiating. A reception will follow in the parish hall.Inurnment will be at the St. Joseph Catholic Cemetery in Fort Atkinson, Wisconsin at a later date.Kane Funeral Home has been entrusted with arrangements.