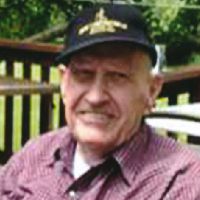 Mickey Gene Edwards, 91, of Sheridan, passed away at home with his wife and family by his side on Wednesday, February 1, 2017, at his residence. He was born in Anderson, MO, on February 3, 1925, to parents Fred and Esther (Slagle) Edwards. He married Irene Winters on June 26, 1944. They were married for seventy two years until his death. Mickey and Irene relocated to Sheridan in 1950 from Colorado. They raised two children and made their home here. He worked as a Medical Assistant at the Sheridan VA for twenty nine years until he retired. Mickey attended church and served God most of his life. His passion was gardening and Southern Gospel music. He also enjoyed being in the mountains, hunting and fishing.Mickey loved with his whole heart and those who had the joy of knowing him knew just how special he was. His friends and family were the center of his world.He was preceded in death by his parents, Fred and Esther Edwards, two sisters, Darlene and Patty, one brother, Jay and two children Janice and Ernie. He is survived by his wife, Irene, one sister, Willa Springer, one brother, Jerry (Sara) Edwards, seven grandchildren, Shawna, Shane (Christine), Rhondele (Ken), Echo, Kyle (Amy), Cody and Keaton (Nichole), nine great grandchildren and several nieces and nephews.Services will be held at 2:00 p.m. on Monday, February 6, 2017, at the First Assembly of God Church at 1045 Lewis, Sheridan with Pastor Jay Littlefield and Pastor Tony Forman officiating. A reception will follow at the church.Kane Funeral Home has been entrusted with arrangements.