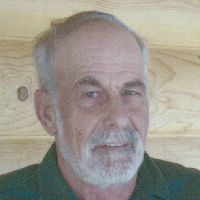 View Service Folder | Click for Video Tribute Mitchell R. Miller passed away October 6, 2014, from a stroke while being treated in Billings, Montana.He was born August 24, 1948, in Denver, Colorado, to Irving and Lillian (Cecan) Miller.Mitch grew up and attended school in Denver, including a 2 year degree from Southern Colorado State College in Pueblo. He served in the U.S. Army and was a Caterpillar trained diesel mechanic. He worked for Caterpillar in Nebraska, where he bought land and went to farming with his first wife and sons.After his divorce, Mitch worked on a few ranches around Wyoming, until he went to long haul truck driving, ending up with Scheckla Trucking in Sheridan. Mitch and Sharon, his second wife, were married and settled down in Sheridan in 2003. He spent several years hauling drilling mud to Fairbanks, Alaska, and loved most every minute of it. He would tell stories of the buffalo, grizzly bears, moose, caribou and Bighorn sheep he saw on every trip. After retiring in 2006, he spent his time caring for his land, horses, a few cows and his border collie, Levi. He loved his Country deeply and the only hobby he could be said to have was keeping his eye on the government, arguing politics, and swapping stories with his friends. He loved it here in Sheridan where, instead of smog and traffic, he could enjoy the green of summer, the orange of autumn, and the hoot of an owl or howl of a coyote.Mitch was preceded in death by his parents and his brother, Scott Miller. He is survived by his wife, Lydia Sharon Miller; his children, Barry Miller of Newton, MA, and Casey ( Annie) Miller of Beaverton, Oregon; by his brother, Jeff Miller of Tetonia, ID; and by his grandchildren Avery and Lincoln.Services will be held at 11:00 am, Friday, October 17, 2014, at Kane Funeral Home with Military Honors to follow.Memorials may be made to the Wounded Warrior Project, PO BOX 758517, Topeka, KS 66675Kane Funeral Home has been entrusted with arrangements.