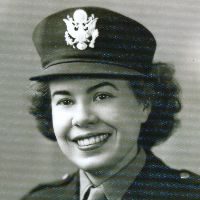 View Service Folder | Click for Video Tribute Myrtle E. Elkins Kent, 95, of Sheridan, passed away on Wednesday, July 1, 2015, at her residence.Myrtle was born in Rawlins, WY, on May 7, 1920, to parents John and Grace (Schultz) Elkins. She grew up in Rawlins and graduated with honors from Rawlins High School. Myrtle then entered Baylor School of Nursing in Dallas, TX. She graduated in 1941 and immediately volunteered for the Red Cross Nursing Services, which was the recruiting source for nurses to join the military and the War Effort. Because of the delay in getting a decision to allow female nurses to join the US Army and US Navy, Myrtle spent a year as a Nurse at the Mescalero Apache Reservation in New Mexico. She returned to Colorado to work at Denver General Hospital and was finally called to active duty with the US Army\'s 31st General Hospital in December 1942. Myrtle and 109 other nurses were the first group of nurses to undergo a four week military training course which included live fire ammunition drills and gas chamber exercises. She was sent to Camp Stoneman, CA, where the 31st General Hospital nurses boarded the ship, Klip Fontaine, headed to the South Pacific. She served on Espritu Santo, an island in the New Hebrides until 1944. She returned stateside as a First Lieutenant where she met her future husband, Second Lieutenant Ray Kent in California. They were married in 1946. Together they raised three children and moved with the US Air Force around the U.S. and overseas.Throughout her life Myrtle was an avid gardener, bridge player and remained devoted to her family and her nursing profession. She was a strong supporter of the disabled and an advocate for the rights of women.Myrtle was preceded in death by her husband of 49 years, Ray Kent, granddaughter, Christina Browne, sister Mary and her husband George Gosch, brother Jack and wife Darlene Elkins. She is survived by her three children, Barbara (Fred) Browne of Crofton, MD; Nancy (Frederick) Keller of Sheridan WY; and son Kimbro Kent of Sheridan, WY; grandchildren, Susan Keller-Garcia (Harold), Kent Keller, Mary Browne, Richard Keller (Kelli), great-grandchildren, Tiana Browne, Taliyah Browne, Grace Garcia, Natalie Garcia, dearest friend, Judy Radtke of Sheridan, WY, nephews, John (Nancy) Elkins of Sheridan, WY, Thomas (Melanie) Gosch of Flagstaff AZ, Ralph (Linda) Gosch, Carl (Gail) Gosch, Jerry Elkins and numerous other nieces and nephews. Memorials to honor Myrtle may be made to the Wyoming Special Olympics at 232 East 2nd St., Casper, WY 82601. A Reception will be held from 6:00 to 8:00 p.m. on Thursday, August 6, 2015, at Kane Funeral Home. Burial with Military Honors will be held at 11:00 a.m. on Friday, August 7, 2015, at the Oregon Trail State Veteran\'s Cemetery in Casper with John Elkins officiating.Kane Funeral Home has been entrusted with arrangements.