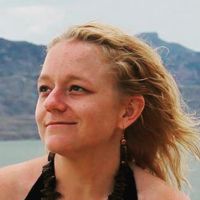 ‍Natasha Sharp, 36, of Sheridan passed away in Aurora, CO. Natasha was born on December 25, 1980 to Lisa Sharp in Sheridan, WY.  She believed in holistic healing, and crystals.  She was a party planner, liked the outdoors, traveling, was a people person, she was a very giving and compassionate woman.Natasha was preceded in death by her grandparents.  She is survived by her daughter, Alannah Friday and son Alexander Friday both of Sheridan, WY, her mother Lisa (Cliff) Sayer of Sheridan, WY, and her siblings, Jeremiah, Jeffrey.A Celebration of Life for Natasha will be at 2:00 pm on Friday, December 8, 2017 at Kane Funeral Home.  Kane Funeral Home has been entrusted with arrangements.