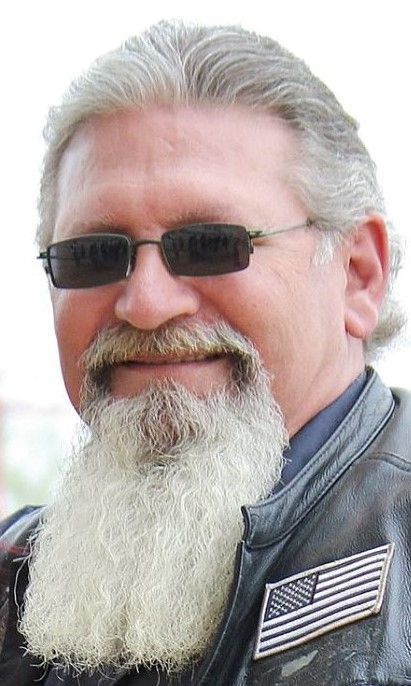 Nathan Wallace, a 61 year old Sheridan resident, passed away on Thursday, May 27th, 2021 at his residence. Nathan was born October 7th, 1959 in Sapulpa, Oklahoma to Lonnie and Irma Wallace. He had two siblings, Rick and Rhonda.

In August of 1984 Nathan married Trudy Wray in Glenrock, Wyoming. They were married for 37 years and had 3 children: Zachery, Jimmy, and Antoni Wallace.

Nathan served in the United States Army where he was stationed in Colorado and Germany. He was an employee of Sheridan County Memorial Hospital for the last 19 years.

Some of Nathan’s greatest joys were his grandchildren, playing guitar, fishing, camping, and of course his beloved family of the Iron Brotherhood motorcycle club.

Nathan was preceded in death by his mother Irma, his brother Rick, his sister Rhonda, and his son Antoni.

He is survived by his wife Trudy, his sons Zachery & Jimmy (Milena), his father Lonnie, and his granddaughters Kaylee & Alie.

A special Thank You to all of his doctors, caregivers, and colleagues of Sheridan County Memorial Hospital as well as everyone else who has helped in any form along the way.

Date:
June 19, 2021
Start Time:
10:00 AM
Location:
A service for Nathan will be held June 19th 2021 at Kane Funeral Home at10:00 AM with Pastor Scott Lee officiating with Military Honors. A reception will follow at the Wallace residence.
Tribute VideoService VideoService Brochure