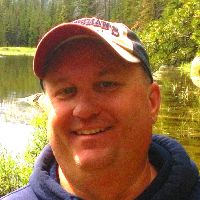 Neal David Madson was born March 30, 1970 to Linda and David Madson in Escondido, CA. He grew up in North Dakota and attended the University of North Dakota Fighting Sioux and was very proud of that. He moved to Sheridan Wyoming in 1991 and while working at NSI met his wife, Jo (Johnston). They were married on Valentine’s Day in 1994 and had three beautiful, perfect children, Ryan, Nathan, and Haley. He loved them unconditionally. He continued his education graduating from the University of Wyoming getting his degree in Criminal Justice. He was the Administrator of the Justice office for 16 years. He was very dedicated to the Juvenile Justice and Drug Court Programs touching the lives of countless people. He spent his weekends with his family and friends enjoying the outdoors, camping and hunting in the Big Horns. He made us all laugh with his quick witted humor.He was preceded in death by grandparents Leona Madson and Valborg Thompson, his uncle Kent VenHuizen and his son Ryan. He is survived by his wife Jo, his children Nathan and Haley, and his parents David and Linda, his brother Stacy, his sisters, Carrie, Cathy (Shawn) Caulfield, and Melodie Watt, as well as numerous aunts, uncles, cousins, nephews, nieces, and countless friends.Services will be at Trinity Lutheran Church on Wednesday April 13, 2016 at 11am. Memorials may be made to his children’s college funds at Security State Bank at 2070 Coffeen Ave., Sheridan, WY, 82801.Kane Funeral Home has been entrusted with arrangements.