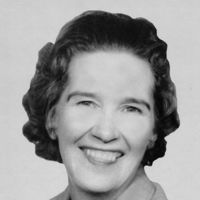 Nevada Lee Miller, 85, of Sheridan, passed away on Sunday, November 9, 2014, at the Sheridan Manor.Nevada was born on August 8, 1929, in Panaca, NV, to parents Joseph and Lula (Neilson) Judd. She married Elmonte Ray Miller in 1953. She lived in UT, MT, and in Sheridan for 45 years working as a Nurses Aid at Sheridan Memorial Hospital and Eventide of Sheridan.Nevada was a member of the DAV and VFW. She enjoyed jewelry making, and fishing.Nevada was preceded in death by her parents, husband in 1969, and sister, Colleen Busher. She is survived by her son, Michael K. (Shellie) Miller, three grandchildren and five great grandchildren, siblings; Patrick Judd, Kurt Judd, JoAnn (Judd) Hunt and Theo (Judd) Hadley.A Viewing will be held from 6:00 to 8:00 p.m. on Friday, November 14, at Kane Funeral Home. Funeral Services will be held at 11:00 a.m on Saturday, November 15, 2014, at the Church of Jesus Christ of Latter Day Saints at 2051 Colonial Drive, Sheridan, WY. Interment will be held in the Custer National Cemetery.Memorials to honor Nevada may be made to the American Cancer Society at 333 S. Beach, Casper, WY 82601.Kane Funeral Home has been entrusted with arrangements.