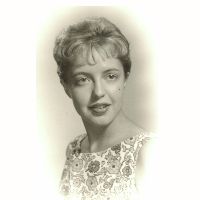 Noralie Fuller joined her parents and relatives in heaven on January 3, 2014, in Sheridan, Wyoming, after a courageous fight with a long-term illness. She peacefully passed away and was surrounded by her family and caregivers. She will be greatly missed by her family and friends.Noralie was born on April 2, 1940, in Newcastle, Wyoming. She attended Moorcroft schools from 1946 to 1958, with the exception of two elementary years in Kimball, Nebraska. Following high school, she and several of her friends attended Sheridan Junior College in its nursing program. After a year in college, she worked as a nurse\'s aide in the Newcastle hospital.On October 19, 1959, she married LeRoy W. Fuller, and in 2014 they would have been married 55 years. They were blessed to have as their children Barry, Rhonda, and twins Lonnie, and Rod. Throughout her adult life, her family was first and foremost.She was their mother, counselor, confider, supporter, and shoulder to cry on. Their problems, successes, and new grandkids were an important part of her daily life.After retiring from the construction business, LeRoy and Noralie purchased the Shipwheel Ranch and enjoyed being part of nature, and watching the wildlife and cows. Although Noralie enjoyed the solitude of living on the ranch (the Shipwheel ranch was in the Schlattman, Krause, and Pollard families previously), she really enjoyed having friends and family visit.She was an avid reader of books, especially historical, fictional, and biographical novels. Politics, religion, health were topics of frequent discussion--and she could be pretty stubborn. Cooking was also a specialty of the Fuller house. Her fried chicken has never been matched (a skill she learned from her mother Marge Schlattman). A standing joke in the family was her use of cooking utensils; no pan was left untouched when preparing a dish. It was a real treat to be invited for a meal so long as you didn\'t have to clean dishes. Another trait she acquired from her mother was getting her hair fixed--often. Throughout her adult life she was a generous and caring person who was always willing to lend a hand.Following the sale of the ranch, the Fullers purchased a home with a few acres south of Sheridan and a home for the winter in Pahrump, Nevada. Unfortunately, Noralie\'s health made it difficult to enjoy both places as she would have liked.Noralie was preceded in death by her parents, Ray and Marge Schlattman, and her granddaughter, Hannah Fuller. Left to mourn her loss are: her husband, LeRoy of Sheridan, WY; children: Barry (Debby) of Moorcroft, WY, Rhonda (Neil) Worden of Belgrade, MT, Rod of Sheridan, WY, and Lonnie of Moorcroft, WY; sister, Rayma (Kent) Rose of Eagle, CO; sister, Sandra (John) Backman of Albuquerque, NM; and brother, Ron Schlattman of Loveland, CO. She is also survived by granddaughters Kari (Jared) Stube, Erin Worden, and Daylie Fuller; grandsons Galen Worden, Dillon Fuller, Derek Fuller, and Darin Fuller; and many other family and friends.At her request, a private family graveside internment will be held in the spring. The family requests that memorial donations be made to: Sheridan Memorial Hospital Foundation, Noralie Fuller Memorial, P.O. Box 391, Sheridan, WY 82801. This memorial will help their new intensive care project which is designed to improve the ICU unit facility at the hospital. The memorial is in appreciation for the excellent professional and personal care Noralie and her family received while she was hospitalized.Kane Funeral Home has been entrusted with arrangements.