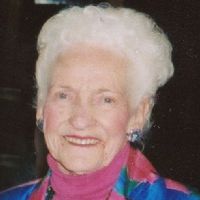 Opal M. Burton, 94, of Story, passed away on Tuesday, January 28, 2014 at the Sheridan Memorial Hospital.Opal was born the third child of James Garfield and Hannah Emma (Doerfler) Reed on February 28, 1919 in the family\'s original log cabin in Brushie, South Dakota. At the age of 17 Opal graduated from Faith High School in Faith, South Dakota.After attending Drake University in De Moines, Iowa, she graduated from South Dakota State Normal School at Spearfish in 1937-38 with a degree in Elementary Education and taught school in South Dakota until World War II.After the outbreak of WWII she went to work for the Army Corp of Engineers in San Francisco, California. She returned to Rapid City, South Dakota to work with the Army Corp of Engineers when Ellsworth AFB was being built. She also worked for Western Airlines in Denver, Casper and Billings. When her brother Richard, a pilot, returned from WWII they started the Dick Reed Air Service with offices in Casper, Wyoming and Billings, Montana.Richard was killed in a plane crash in the winter of 1949 and the Air Service was disbanded. Opal then joined Welcome Wagon as Regional Manager for the Rocky Mountain Region traveling extensively in Wyoming, Idaho, and Montana. She found and fell in love with Story, Wyoming purchasing property for a home base in 1953.Opal married Duwayne Burton in 1953 and had daughters; Beverly and Barbara. In 1959 she returned to Rapid City, South Dakota to be close to family and Duwayne\'s ranching business. Over the next ten years Opal was involved with numerous civic groups, Republican Women and elected first City Council Woman in Rapid City. Later she moved to Alaska as a VISTA Volunteer. She worked as Volunteer Coordinator for the newly built Anchorage Senior Center for ten years. She retired to her beloved Story, Wyoming where she resided until her death.Opal enjoyed entertaining, travel, Bible Study , riding horseback, western art, and reading. She was a business owner. She was a member of the Story Women\'s Club, Lion\'s Club, American Legion Woman\'s Auxilary, Story Garden Club, and Grace Chapel Church and loved working with people.Opal was preceded in death by her parents, four brothers, and one sister. She is survived by her daughters; Beverly A. Burton of Story, Wyoming and Bobbi (Howard) Huxtabel of Red Owl, South Dakota, a sister, Darlene Reed Stovall of Hermosa, South Dakota and two grandchildren; Shawn Huxtable and Megan Huxtable, Peggy Reed of Sturgis, South Dakota and many loving nephews and nieces.Services for Opal will be held at 10:00 a.m. on Friday, January 31, 2014 at the Kane Funeral Home with Pastor John Constantine officiating. Interment will be held at 1:30 p.m. on Monday, February 3, 2014 in the Faith City Cemetery in Faith, South Dakota.“Opal’s Tea Party” & Memorial will be held Saturday, March 1, 2014 at 1:00 pm at The Story’s Women’s Club.Memorials to honor Opal may be made to the Story Women\'s Club, Story, Wyoming 82842 or to the Grace Chapel at P.O. Box 55, Story, Wyoming 82842.Kane Funeral Home has been entrusted with arrangements.