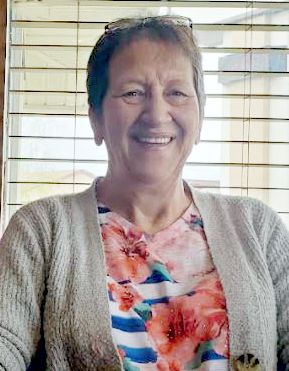 On September 6, 2021 God gained another angel to be by his side. Patricia Susan Bell, 61 of Sheridan WY passed away peacefully at Sheridan Memorial Hospital. She was comforted by many of her family members at her side.

Patti was born on May 14, 1960 to Frank & Stella (Stuka) Gorzalka. She grew up in Ulm WY and graduated from Clearmont WY High School in 1978. In 1986 she married Ralph E Bell and together they welcomed 2 beautiful children intot his world, Daniel and Janecia Bell. She was later blessed with 6grandchildren Tyler McGary, Kaleb Anthony, Meghan Anthony, Shaylyn Bell, Dallen Bell, and Rylea Bell. She was fortunate to even be blessed with a great granddaughter Amiyah Brilz.

Over the years Patti worked at various places in Sheridan WY, but her most rewarding job in this life was being a wonderful mother and caregiver. Pattide voted her life to taking care of her mother and her 2 children. She enjoyed being a homemaker and loved warming the hearts and seeing the looks of joy on people’s faces when she presented them with a gift that was handmade by her. Patti’s favorite past times were painting, sewing blankets for her grandchildren, cooking, and most of all spending as much time as she could with her grandchildren. She was always a ray of sunshine who always found the good in everyone and everything. Even in her last few days with us, she kept a smile on her face.

Patti is going to be dearly missed by anyone that knew her. Especially by her family and all of her adopted children.

She was preceded in death by both of her parents Frank and Stella Gorzalka and also by her Sister Terry(Gorzalka) Fulton.

A celebration of life will take place on September 25, 2021 at the Trails End in Sheridan WY from2pm-4:30pm. Anyone who wishes to attend and pay their respects are welcome.