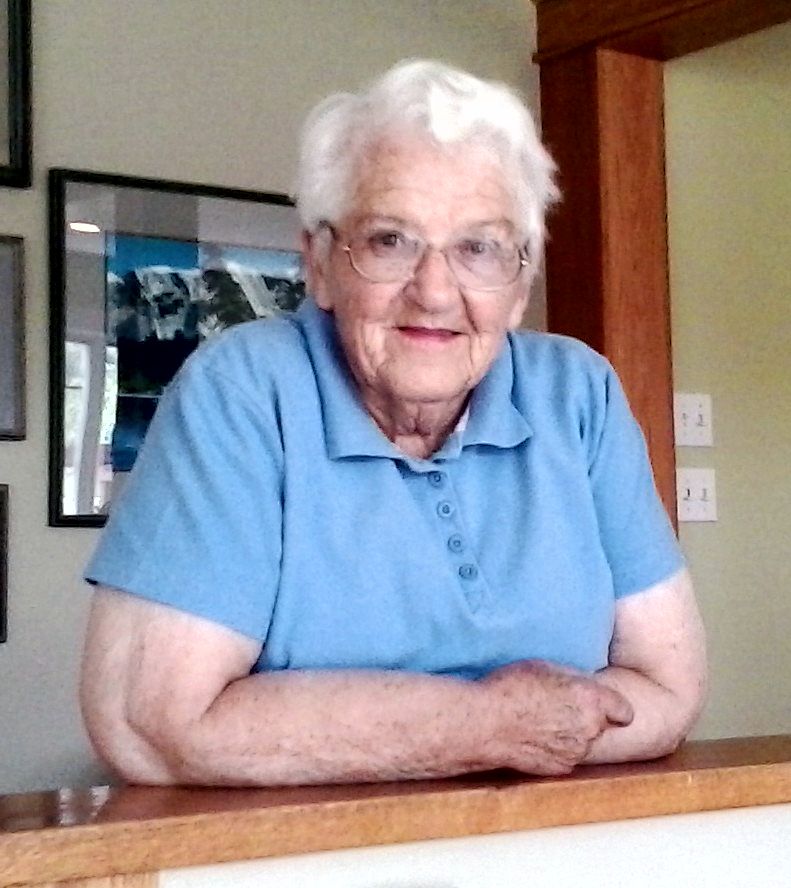 Miriam Patricia “Pat” “Patsy” Shirley Allen was born November 26,1927 in the small town of Arnegard, North Dakota to parents Tom and Dora Shirley. She was the youngest of 8 siblings. Her father died when she was 5 and she later gained a step-dad, Lawrence McClelland. Pat’s resilient character and resourcefulness was likely born out of her childhood, as her mother raised 8 children during The Great Depression. It was also when her love of scalding hot black coffee was developed!

Pat earned a Bachelor's degree in Physical Education at Jamestown College, in North Dakota. She met her husband of 62 years, Thomas Allen, at Jamestown. She played baritone in the marching band there, and continued to play in the Sheridan City Band, including “Concerts In The Park”. She enjoyed playing the organ and had high hopes for passing on her musical talent to her five children. She encouraged many music lessons, but her dream was only realized by one grandchild. The rest of the kids and grand kids have however excelled in music appreciation!

The summer after Pat and Tom’s wedding they moved to the Bighorn Mountains for Tom’s job as a fire lookout. They spent that summer at Sheep Mountain Lookout, time they enjoyed immensely. Thankfully there were no fires there that summer! This time fueled their love of the area and they settled in Sheridan, Story, and Banner after temporary homes in New Orleans, Kentucky and North Dakota.

Pat's resilience was further developed while managing five children through camping trips, family reunions in Montana, church, and ski days at Antelope Butte. She even managed to fit in a career as a PE teacher in Sheridan schools for many years. Pat was always friendly and became known as the “Story Librarian” as she served that role for23 years at the Story Library.  She and Tom pioneered alternative energy and “green living” by building and living in their unique earth sheltered home for over twenty years in Banner.

Pat was a wonderful baker, avid birdwatcher, baseball fan, faithful wife and mother. She danced a mean Schottische and Polka, and enjoyed “The Lawrence Welk Show”. She encouraged humility by sometimes pointing out the obvious, yet always expressed her gratitude. Even after dementia stole most of her words in the last few years, she continued to always say “Thank You”.

A memorial service will be Friday, February 25, 2022 at 3:00 pm at the First Presbyterian Church. Memorials may be made to the Story Library, or to the donors choice.