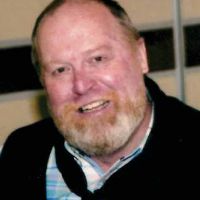 Wyoming native Patrick Robert Corley of Sheridan, Wyoming passed away December 17, 2016, after a nine month battle with bile duct cancer. Pat was born on May 17, 1949, the second of four sons born to Raymond and Ruth (Ferguson) Corley.Pat married Mary Lee Delf in June 1979. Their son Benjamin Forbes was born October 19, 1982. They later divorced. Pat was a loving father to Ben.Pat graduated from Sheridan High School in 1967. For three summers he worked for the HF Bar Ranch as a wrangler. He enjoyed reminiscing about the job and the people he met. On August 22, 1968, Pat was inducted into the US Navy. He served for 4 years and was honorably discharged in July 1972. He then attended Sheridan College for two years and went on to the University of Wyoming graduating with a degree in agricultural education. He taught one year and went back to work for the HF Bar as head wrangler. In 1979, he went to work for the Wyoming Department of Transportation. He retired in 2011, after 32 years of service. He enjoyed being retired. Pat loved gardening, working in the yard, camping and riding in the Big Horns, taking cruises and traveling to Larkspur, CO several summers to watch his son portray different characters in the Renaissance Fair.Pat was a Mason and a member of Big Horn Mountain Lodge #43. He was also a member of the Kalif Shrine and Elks BPO Lodge 520. He was very active in the Kalif Shrine Horse Patrol. He enjoyed riding in the various parades every summer. He loved his horses - Toad and Martin. He enjoyed giving children a short ride on one of his horses after a parade. He loved his cats, the last being Gato who helped supervise his care and was a great comfort to him.Pat and Carol Terrell Troutt shared a life together for many years. They each, in their own way, put up a fight for his life - Pat as he fought vigorously with grace and courage and Carol as the loving caregiver that allowed him to stay in their home until two days before he passed. She was blessed to get to know Pat on a totally different, wonderful level through the last nine months of his life. Ben visited and helped with his dad’s care when he could. Helpful friends, family and Hospice of the Big Horns staff and volunteers were a blessing to both Pat and Carol.Pat was preceded in death by his father Ray. He is survived by Carol, his mother Ruth, son Benjamin, brothers Mike (Myrna), Tim (Kathy) and Jim, sister-in-law Debbie Corley, Carol’s family--Esther Terrell, Connie Terrell, and Delphin (Amelia) Terrell, many nieces, nephews, aunts, uncles, cousins and friends.A Celebration of Life will be held at the Kalif Shrine, 145 W. Loucks St., Sheridan, WY on Friday, January 13, 2017 at 4:00 pm.Donations in Pat’s honor can be made to the Kalif Shrine Horse Patrol or the Kalif Shrine Travel Fund both at PO Box K, Sheridan, WY 82801 or Hospice of The Big Horns, PO Box 391, Sheridan, WY 82801.Kane Funeral Home has been entrusted with arrangements.