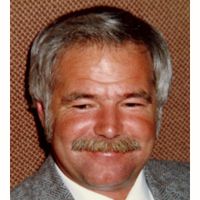 Paul A. Hando, 70, passed away on July 2, 2013, at his residence. Paul was born to Ambrose and Ethel (Williams) Hando.As the milk truck was passing the Hando ranch, near Leiter, Wyoming, on the morning of January 28, 1943, Mrs. Hando told the milkman that she was having a baby and asked him to take her to the hospital in Gillette. Paul was born on the way in the back of the milk truck.Paul attended school in Dayton and Ranchester. He served in the Army Reserves/National Guard as a Staff Sergeant. Upon his return home, Paul owned and operated the Sinclair Gas Station in Sheridan, where he began selling and maintaining snow-machines and lawnmowers. In 1976 Paul opened Hando’s Polaris Center, where he was still working at the time of his death. Paul loved the Big Horn Mountains, where he was an avid snow-machiner and four-wheeler.Paul is survived by his wife, Mary Ella of 34 years; three children, Lucinda ( Petey) MacCarty, Joseph Adam Hando and Toby Jay Hando; four grandchildren, Will and Ty MacCarty, Brittany Hando and Tristen Hando; and several brothers and sisters.Donations to honor Paul may be made to The Sheridan Area Search and Rescue, P.O. Box 993, Sheridan, WY 82801.Cremation has taken place and, at his request, no services will be held.Kane Funeral Home has been entrusted with arrangements.

Date:
Start Time:
Cremation has taken place and, at his request, no services will be held.
Location:
Tribute VideoService VideoService Brochure