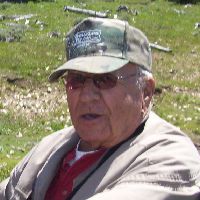 Paul J. Kawulok, 86, of Sheridan, passed away on Friday, November 18, 2016, at his residence. He was born on December 11, 1929, in Kleenburn, WY, to parents Paul and Mary (Tkach) Kawulok. He married Barbara Kriz in Sheridan, WY.Paul was of Veteran of the U.S. Army and was the Water Commissioner for the State of Wyoming for years. He enjoyed hunting, camping, 4-wheeling, playing cards at the Shrine every day and spending coffee time with his best friend, John Hornbeck. In 1968, he became a member of the Kalif Shrine, and in 1987 he was Potentate. He was also a Scottish Rite Mason and Past Master of Big Horn Mountain Lodge #43.Paul was preceded in death by his parents and his wife. He is survived by his children, Barbara (Richard) Doyle of Gillette, WY, Paul (Daisy) Kawulok of San Jose, CA, Joan (Jeff) Huggins of Sheridan, WY, Mary Redman of Sheridan, WY, sisters, Joan Green of MO, Veronica Olson of CA, four grandchildren, Scott Doyle, Heidi Huggins, Anna Brewer and Stormy Redman.A Celebration of Life will be held at 3:00 p.m. on Wednesday, November 30, 2016, at the Kalif Shrine.In lieu of flowers Memorials to honor Paul may be made to the Kalif Children\'s Travel Fund, P.O. Box K, Sheridan, WY 82801.Kane Funeral Home has been entrusted with arrangements.