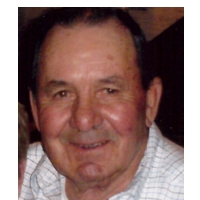 Paul Joseph Lupcho passed away April 12, 2014 after a bout with liver cancer.He was born in Kemmerer, Wyoming, on October 19,1933 to Paul and Elsie Lupcho. He graduated from Kemmerer High School in 1950 and enlisted in the United States Marine Corp serving in the Korean War until discharged in 1955. Paul attended the University of Wyoming and obtained his Masters Degree in Plant Pathology. He worked for the Soil Conservation Service as a Soil Scientist in Johnson, Campbell and Sheridan Counties until his retirement in 1989.Paul married Janet Louise Atkinson on September 25, 1959 in Laramie, Wyoming and were blessed with three children: Kirk Joseph of Salt Lake City, Utah, Rick William of Rawlins and Leslie Ann Kekich of Sheridan. He leaves behind his wife of 54 years, Janet, his three children and three grand children - Tiffany Marie Lupcho of Ft. Collins, Co., Jake and Kolter Kekich of Sheridan. Paul was proceeded in death by his parents, brother John (Jackie) and sister Betty Ann Griggs.Paul loved the outdoors. He was a member of the University of Wyoming rodeo team as a bull rider, then proceeded to snow machine racing, motorcycle rides, and later was a devoted silhouette and buffalo gun shooter which he excelled in until macular degeneration prevented him from further shooting. Many friends were made and good times were had.At Paul\'s request there will be no services and cremation has taken place.Kane Funeral Home is in charge of arrangements and memorial donations in his honor may be made to the Sheridan County Sportsman Association, PO Box 115, Sheridan, Wyoming 82801 or the Shriner\'s Children\'s Hospital, Box K, Sheridan, Wyoming 82801Kane Funeral Home has been entrusted with arrangements.