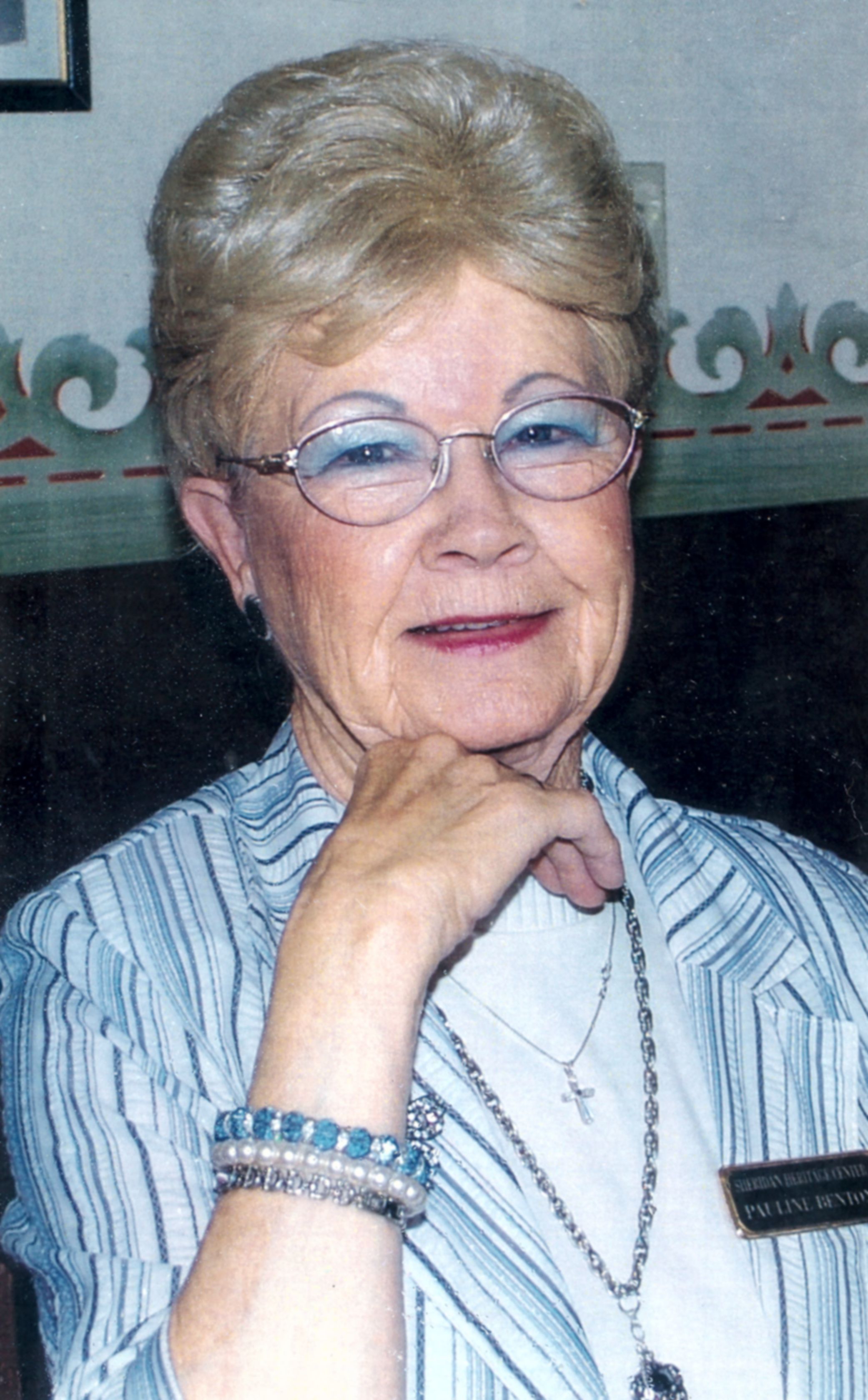 Pauline Loretta (Rucki) Pence Benton, 88, of Sheridan went home to be with the Lord on Nov. 30th. The cause of death heart attack. She was born November 22, 1933 in Sheridan to Ruby and George Rucki.

Pauline married Eugene Pence in 1950. Together they had three children, Charolette, Jeanie and Debbie. The couple divorced and she moved to Buffalo. Later on, she married Al Benton.

While living in Buffalo, Pauline enjoyed working as a cook at the American Legion. She was famous for making the best T-bone and Porter House steaks as well as making the food for the yearly Basque party. Pauline went on to work as a front desk clerk at the Cross Roads Inn. She enjoyed checking in guests and hearing their stories. The locals looked forward to seeing her smiling face as they came into the restaurant for coffee. She was loved by the community for her kind and encouraging words. When the CrossRoads was sold, Pauline then became a dental assistant for Dr. Anderson. Her soothing voice helped many patients. During this time, she moved to Sheridan to be closer to her daughters. After a few years of driving back and forth between Sheridan and Buffalo to work, Pauline decided to retire from the dental office. Her next adventure was co-owning the Sheridan Curves for Women with her daughters. During this time, she again made friends and encouraged them when they came in to workout.

She touched the lives of so many people. She was a loving mother, always wanting to help out where she could. When grandkids came along, she loved them deeply and enjoyed being around them as much as possible. Then when great-grandkids came, her heart grew even more full of love for them as well. Pauline was even blessed to have a great, great granddaughter. Most of all, she loved the Lord and was a wonderful example to this family and her friends. Pauline will be greatly missed.

In addition to her parents, she was preceded in death by five siblings, one grandson and one great-grandson and a son-in-law.

Date:
January 6, 2022
Start Time:
1:00 pm
Location:
A Celebration Of Life for Pauline will be held January 6, 2022, at 1: 00 pm, at Kane Funeral Home, with a light lunch to follow for fellowship in the Kane Reception Hall.
Service VideoService Brochure